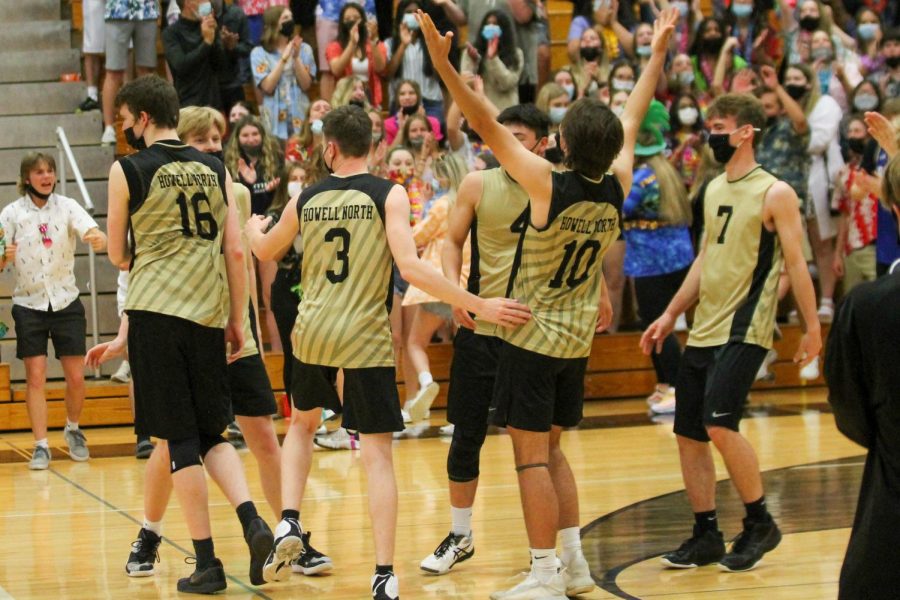 Not only did the Knights dominate, but FHN had a legitimate student section for the first time since February of 2020. Over 50 students showed up to support the volleyball team, and their presence did not go unnoticed. Thunderous chants took over the gym, something that has been missed by many. Be sure to show up and support the team as they play Vianney on Wednesday, May 19 at 6pm in the large gym! (Photos by Kyle Button)