The 80’s Film Club Shows Movies From the Past 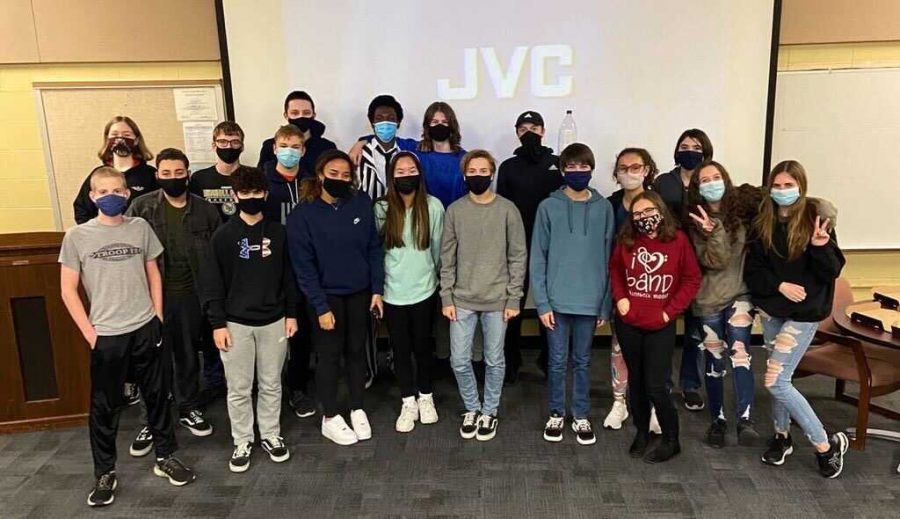 Movies can provide a lot more than just temporary entertainment to those passionate about film. To some, they serve as a time capsule back to better times, evoking a powerful sense of nostalgia through the power of video. To freshman Nigel Bailey, his favorite type of film instead shows him life before he was even born.

“I’ve always been a big fan of 80s movies,” Bailey said. “I had a really good experience over the summer. I went to see a lot of movies at Marcus Theaters, and they were showing a lot of 80s movies since they were just opening back up, and I thought they were really fun.”

Bailey is the leader and organizer of the 80s movie club at FHN. They meet once a month after school, usually around 6 p.m, and watch a movie together. Meetings start with some trivia related to 80s culture and finish with the movie the club watches. So far, the club has seen classic films such as Ghostbusters and National Lampoon’s Christmas Vacation. The club is chaperoned by Daniel Lamb, a US history teacher.

“I think [film club] is important because there hasn’t been an outlet for students to hang out,” Lamb said. “This gives people an opportunity to hang out, socially engage with their peers, have a conversation and enjoy something.”

Despite being such a niche genre of film, Bailey has managed to gather a loyal audience of a dozen members that attend all meetings. At certain meetings, however, the film gathers up to 35 viewers. Most of the audience is composed of freshmen, as that is the group Bailey and Lamb come into contact with the most.

“It is mainly freshman, I’ll be honest I try to advertise mainly to freshman, more specifically those that have a class with Mr. Lamb,” Bailey said. “He is the sponsor, so I can come to his classes and talk about it. I will say though, that all grades are welcome.”

Although his taste in movies may be dated, Bailey believes that preserving the culture of the 80s is important as the era increasingly becomes less and less relevant. He believes that the 80s should be talked about for years to come.

“What I think is kind of interesting, I thought of this before, we are quickly moving away from what’s nostalgic and what’s not,” Bailey said. “It’s important that people still know about the 80s and beyond, because at some point they’ll look back on us like we look back on the 80s now.”