11th Top Story of the Year: From Dulaney to Freire 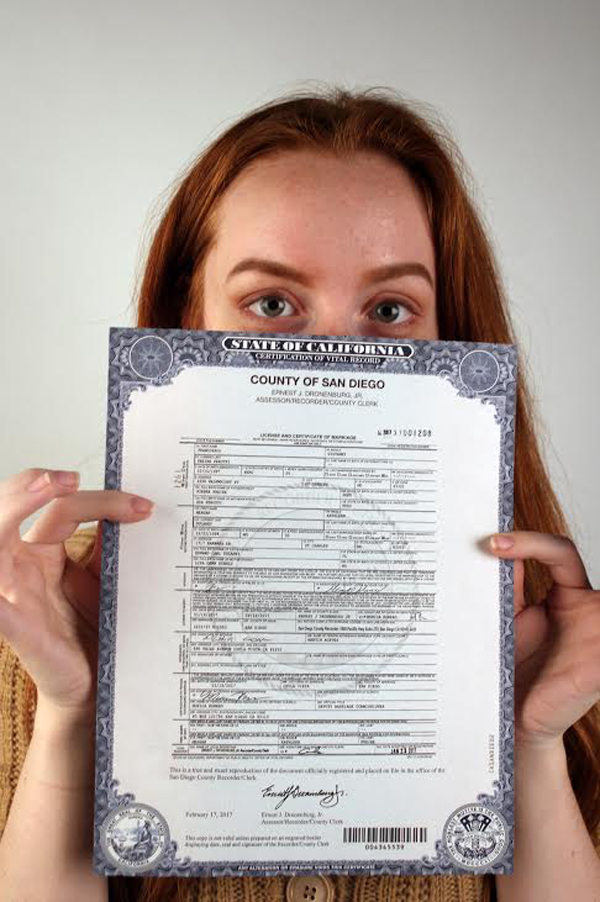 According to the Census Bureau’s American Community Survey, roughly only 3 percent of American women were married at age 18 in 2013. Senior Meagan Freire was a part of this 3 percent. Meagan is one of the few people who made the bold move of getting married before graduating high school.

Getting married is a huge decision to make, especially at such a young age. Though this was a serious decision to make, Meagan confidently determined that she would marry Francesco Freire. Meagan had to convince her parents to allow her to fly out to San Diego to get married because they wanted her to put the wedding off for at least a few months. Meagan convinced her parents that there would be no point in waiting, as that would cause them to lose savings.

“Being married has kind of forced me to grow up and I’m totally glad about that because my entire life has been full of ambition and goals but now I actually have a reason to keep going,” Meagan said.

Click or tap here to read the rest of the story.

Editor’s note: This story originally ran on FHNtoday.com as a preview of what’s to come in this year’s Excalibur Yearbook. Ready to buy yours? Click here. Want to check if yours is on the way? Click here for that.