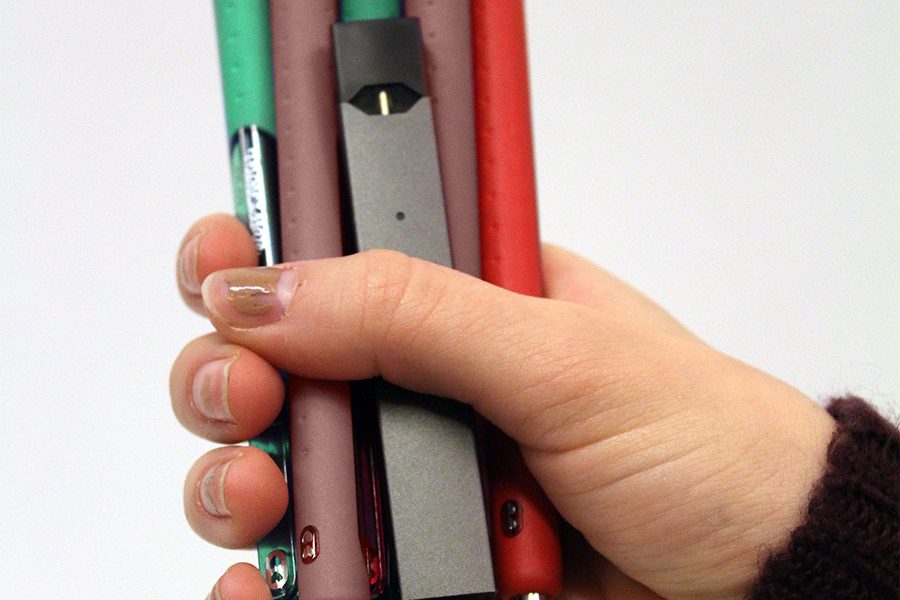 For the first time this year, ISAP was full for a total of three weeks in December. The majority of the ISAP classroom contained students who got caught vaping in hallways, classrooms and bathrooms. The small, USB-shaped Juul hidden in students’ pockets has caused many disruptions throughout FHN.

“I feel like students use them because of the accessibility,” Assistant Principal Chris Birch said. “It’s easy to get an e-cig from a societal standpoint, but, by no means, should a student use one illegally or in school. It causes more problems than benefits.”

“I think there was a need for [the principals] to stand up and say we have some expectations,” Assistant Principal Jeff Blankenship said. “I think the message that I want to get across to students is if you guys want to be proud of the school building that you’re in, the high school that you’re in and graduating from, it is just as [important] for you to follow expectations as much as it is for [the staff] to.”

All it takes for an investigation into a student to begin is for someone to report that student. If suspicious behavior is reported, one of the principals will find the student and then begin a search. One of the biggest miscommunications between the staff and the students is for the ability of the staff to search students. According to Birch, most students don’t know that the staff can search students and their bags, lockers and cars. They gain that right federally from a form called “In Loco Parentis.” To sum it up, the administrators will step in the place of a parent while at school.

“I want to reiterate this message, that I know that many of our students are frustrated,” Birch said. “I would just encourage our students to do the right thing. We can and we will search students. Students who bring these to school are taking a huge risk because all it takes is somebody saying ‘I saw this or I think I saw this’ and that is enough for us to go and search.”

The FHN administration plans to improve on this issue by communicating more with parents and students. They will do this by sending out emails and having meetings to talk about the health problems and to teach parents and students about what different types of e-cigs look like. The staff plans to start bringing more awareness of the health problems and legal issues of electronic cigarettes in health classes. They haven’t worked that out yet, but it’s a possibility for the next school year.

“The level of vaping in the school has definitely lowered,” School Resource Officer Travis Scherder said. “That number should still be set to going down with the ideas that have been circulating between the principals and the staff.”