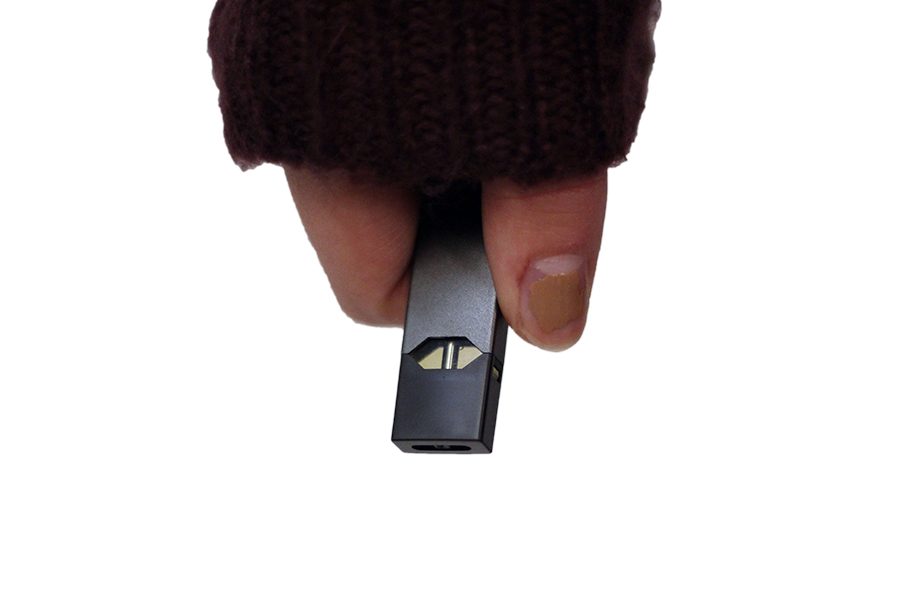 The Health Behind the Vapor

With the increasing popularity of electronic cigarettes among teenagers across the country, more emphasis is being put on further research on long-term health effects

“It seems like there’s a sort of attractiveness to [vaping],” FHN nurse Connie Robertson said. “You see people vaping everywhere, and I guess kids see it and think it’s cool and OK.”

The Brain on Nicotine

Nicotine can get to the brain seconds after a puff of smoke or vapor. Nicotine especially affects an area of the brain known as the prefrontal cortex, where decision-making occurs, according to a 2012 study published by the National Center for Biotechnology Information. The prefrontal cortex does not fully develop until about age 25. Nicotine targets cells in the brain, causing them to release dopamine, which makes the user feel good. After repeated use, the cells lose the ability to produce dopamine on their own. The brain creates more receptors to handle the influx of nicotine. Since there are more receptors and the brain’s cells can’t produce dopamine on their own, the user will need more nicotine to achieve the same high. This leads to addiction.

“It’s a common misconception that they don’t contain nicotine,” primary care physician Jessica Underhill said. “Even without nicotine, they’re still dangerous. We’re finding out now that some of the chemicals affect the lungs.”

Nicotine addiction itself looks different from person to person. A general symptom is craving nicotine. Some people will go out of their way to get nicotine. After not having it for a certain period of time, some can feel irritable or sad. Research suggests that nicotine may bring on instances of depression and anxiety, as Science News for Students reports. This can be a problem with teens, especially in high school, because minors can’t purchase products containing tobacco, and they are unable to smoke in schools.

Juuls were released in 2015. The official ingredients in each pod are glycerol, propylene glycol, natural oils, extracts and flavors, nicotine and benzoic acid, with some variation per pod. Glycerol and propylene glycol are both FDA-approved and safe to inhale. Benzoic acid occurs naturally in the tobacco plant, but the International Programme on Chemical Safety reports that it may degrade the central nervous system. In each pod, there is 0.7 mL of nicotine, which is equivalent to a pack of cigarettes. Some pods don’t contain nicotine, but they still have all of the other chemicals listed.

All E-cigarettes and Vapor Pens

Electronic cigarettes are still somewhat new, so further research is still being conducted. A chemical that is found in some vape juice, called diacetyl, causes a disease known as popcorn lung, or bronchiolitis obliterans, according to the American Lung Association. Popcorn lung is when the tiny air sacs in the lungs are scarred, which causes the airways to thicken and narrow. The disease causes coughing, wheezing and shortness of breath. Another effect that vapor pens can have on the user is a decline in the effectiveness of the immune system, as discovered by a 2016 study conducted by University of North Carolina researchers. In fact, the researchers found that e-cigarettes suppress the immune response more than traditional cigarettes do. Vaping causes inflammation in the lungs, which makes the user more susceptible to bacteria and viruses.

“I’m a primary care physician, and I see people from basically birth to death and lately I’ve been seeing a shift from traditional cigarettes to vapes,” Underhill said. “Honestly, it’s concerning that kids are starting it so young.”