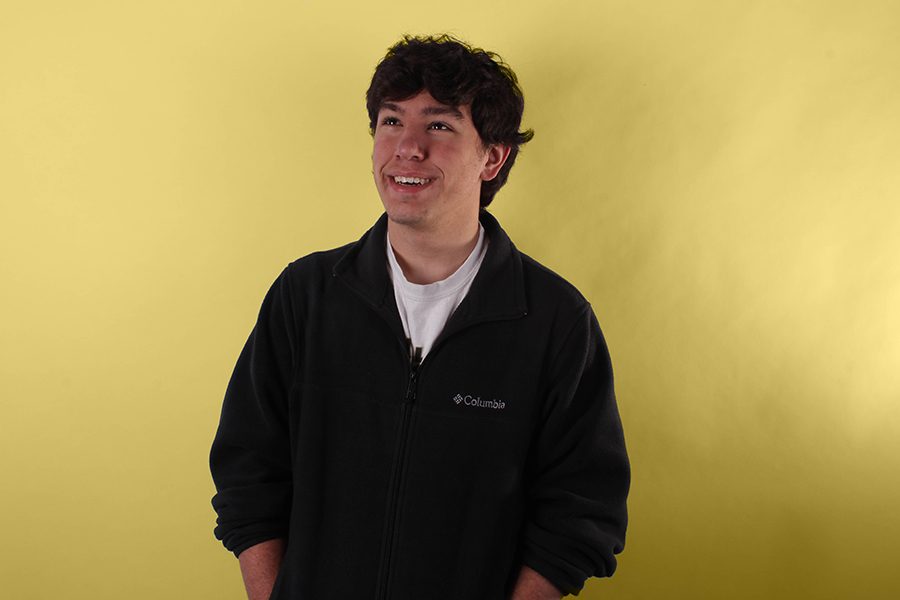 A Firm Grasp on a New Connection

One by one, students slowly begin to filter into the large room, some straining to open the heavy glass door, others sprinting inside. Meanwhile, junior Riley Lawson patiently awaits for his student. Soon later, he sees him. Soccer ball in hand, smile lighting up his face, Riley’s student Lavi Tibugemwa makes his way over, excited for his next tutoring session to begin.

Every Thursday, Riley meets with Tibugemwa for tutoring through a program called Firm Foundation. Firm Foundation is a Christ-centered neighborhood academic assistance program, with locations in both the West End of St. Louis City and South St. Louis City. Here, tutors like Riley are able to work and bond with individual students during each session.

“I think we’re kind of like friends,” Riley said. “We joke around with each other. Knowing where they come from, they’re not just looking for a teacher. It’s like being something supportive, understanding and there to help them.”

With one-on-one tutoring, everyone is able to try to build stronger connections with their students. Riley, for example, acts as tutor, mentor and friend to his student, Tibugemwa. As a friend, he not only keeps up with what is going on in Tibugemwa’s life, but he also likes to surprise him, whether by bringing him bags of oranges, one of Tibugemwa’s favorite foods, or by learning a few words in Swahili.

“[Riley’s] had to spend a lot of time working on basic English and vocabulary and things, and he’s done a really good job with that and trying to pick material that matches his student’s ability level,” Marlene Stoltzfus, Firm Foundation program coordinator, said. “Then, I’ve been really appreciative of his flexibility. He swapped with another tutor. He helped that student with chemistry and the other tutor worked with his kid, and so he’s been a real asset to the program with his willingness, and he’s done a really good job.”

When working with students at Firm Foundation, Riley can see the impact he helps leave. Whether by reading, going over grammar, using marker boards, playing math games, building sentences or by using visuals, he has the opportunity to guide his student, Tibugemwa, in a positive direction. Watching him grow and learn more English every week has led to Riley making this tutoring a priority. Although immersed in other extracurriculars, he still continues to volunteer his time, effort and spirit to helping those at Firm Foundation every Thursday night.

“Riley’s a busy kid, insanely busy,” Angela Lawson, Riley’s mother and fellow tutor, said. “When we were going through the beginning of the year, Marlene had sent out [asking], ‘Are you doing tutoring again?’ I told him to really think about it because he was going to be even busier this year, and he was pretty adamant actually that he continue with that, so he figured it out. It never seemed to be a question in his mind that he was going to continue. I’m glad he wants to give back, especially to this particular group. I think they do important work.”

Not only does Riley make the time to tutor, but he also makes the most of the time. Whether demonstrating his care for Tibugemwa by walking him home in the dark or by watching Tibugemwa grow and learn more English with every session, Riley strives to make a difference in his students’ lives.

“It’s nice to be able to help in any way that I can,” Riley said. “Everyone should do it. I mean there’s all kinds of tutoring programs all over everywhere that people could get involved with. If you know you’re good at something, why not help other people with it?”