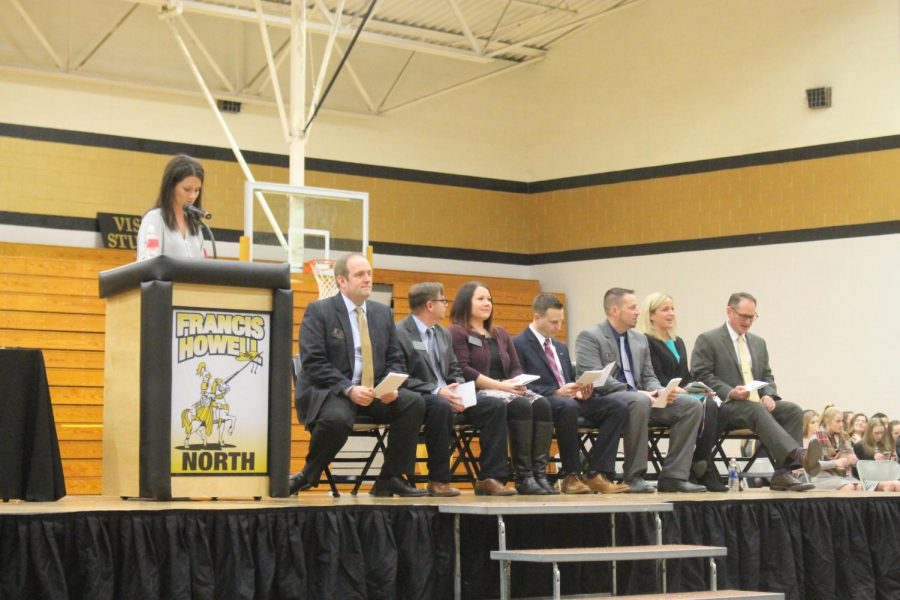 Finding the Good Inside

These past few weeks, FHN has seen rumors spreading like wildfire. Negativity seems to be everywhere. It is in the bathrooms where students are vaping, during lunch when the fights seem to happen and on the mouths of students when they gossip. With all the negativity being projected at FHN, the positive stories get pushed to the side. Stories about triumph and goodness are rarely shared. The majority of news is full of tragedies and hurt, according to freshman Chloe Horstman.

“Today’s culture is pessimistic,” Horstman said. “We like hearing about the bad. It validates our negative attitude towards everything when we could be hearing about good news.”

Assistant principal Steve Moorman believes that negative news affects students by distracting them from learning. Since students are not in a positive state of mind when they think about gossip and rumors, it makes it harder to comprehend information.

“This school would be so much better if we stopped focusing on rumors,” Moorman said. “It’d be better by a tenfold. Students could be doing better academically and the administration could focus more on support.”

Counselor Barry Morrison attributes the lack of positive news to how often people stop caring about those stories. Stories about the newest fights, the most recent detention or the most current restrictive system are sensational. Stories about awards or good test grades are sometimes halted from being spread.

“[Negativity] gets more attention,” Morrison said. “It spreads quicker when something concerning happens because everyone is wanting to talk about a fight or a rumor. If something positive starts being spread around, one person could stop caring and the train ends there. We need to understand that it’s good to keep the positive flow.”

Despite the general negative climate at FHN and in the nation, positive things are still happening. Students may not talk about them, but they are happening. If they were to take a look, they may find more positivity than they expect. Teachers are winning awards, the Knights of the Round Table are recognizing students for being exceptional and Students For FHN are working to improve the social climate at the school.

“Clubs like those are working so hard to make FHN better,” senior Grant Freitas said. “Personally, I’m just trying to be kind, because that rubs off on others.”

Instead of reacting to negativity or disagreements with a defensive attitude, Morrison suggests treating other opinions with kindness and respect.