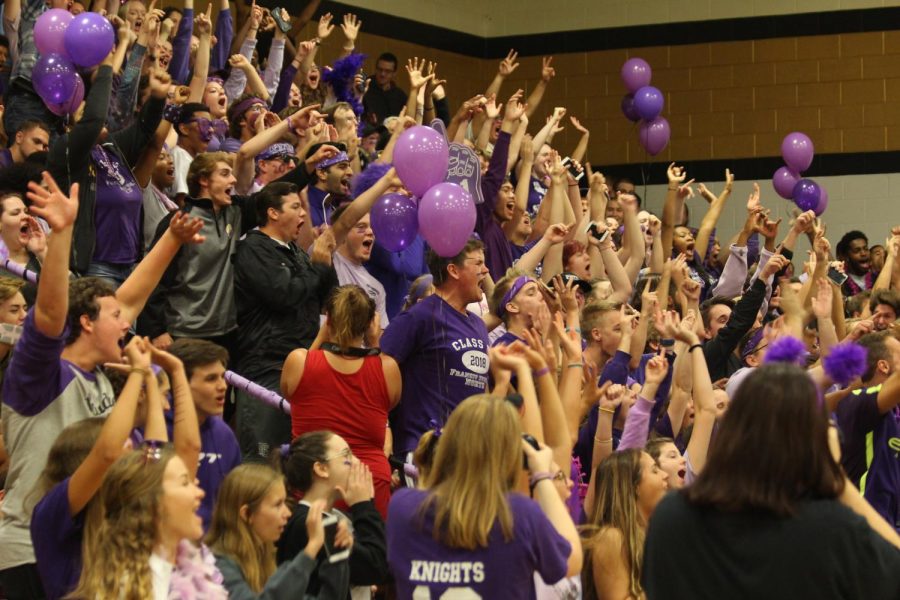 Seniors participate in cheers at their last Homecoming Pep Assembly on September 21.

Seniors participate in cheers at their last Homecoming Pep Assembly on September 21.

The Top 10 FHNtoday Stories of This School Year

By On Behalf of the Web Staff

Throughout the year, staffers throughout all of the hours in FHN Media have produced award-winning content, bringing in an amount of traffic that some authors never expected to see before. Now, it’s time to look back throughout the whole year to recap the best, most-viewed and most engaging posts. 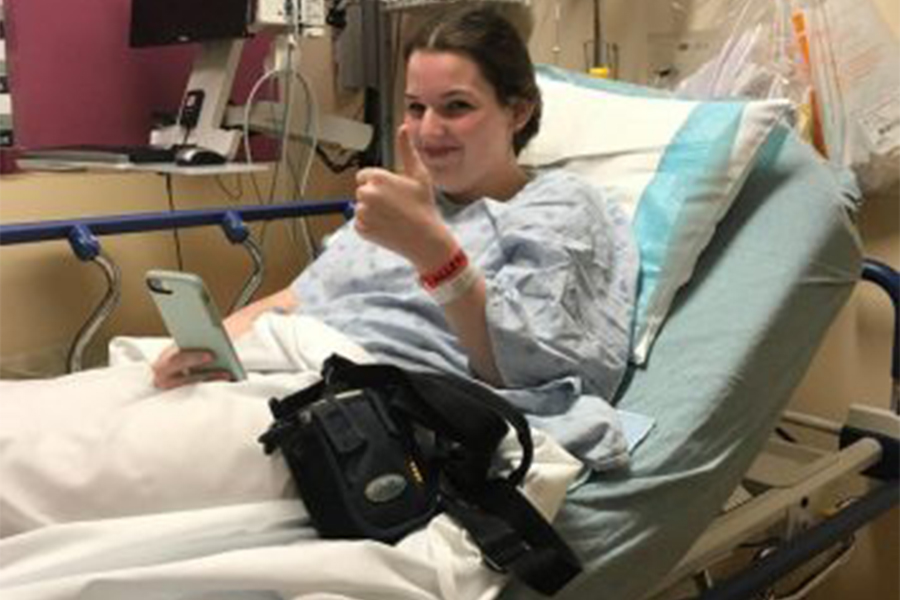 Senior Kailee Edelen sits in a hospital bed, before a surgery. (photo submitted)

10. Kailee Edelen Adjusts to Living with a Rare Disorder

The smallest things can be taken for granted on a daily basis, such as ordering a pizza with some friends. Senior Kailee Edelen was once able to enjoy such a simple thing as that, but now after being diagnosed with gastroparesis, she can’t.

“In August of last year I was diagnosed with gastroparesis, which is a rare stomach motility disorder where basically your stomach is paralyzed and the food that you eat doesn’t really process well,” Kailee said. 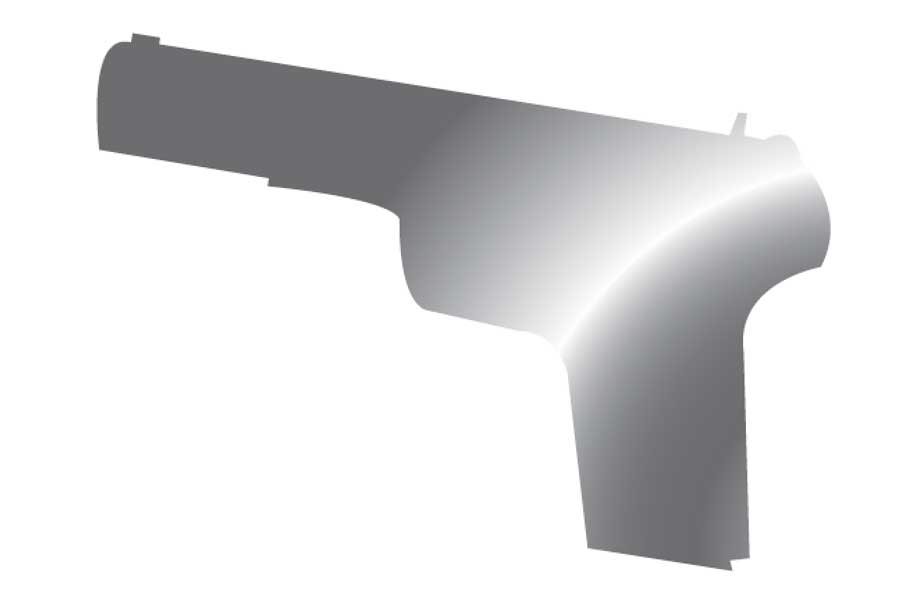 9. The School Lockdown Drill Needs to be Updated

A guest wanders the empty halls of a school, there is no one to be seen or heard. The rooms are all dark. He is greeted with an announcement of his arrival to the school, yet no one has come to see him. It is as if it is a surprise party just for him.

Into a classroom he goes and sees all the students hiding in a corner awaiting his arrival. The guest is welcomed. Obviously, the students have prepared for this special occasion. Loud bangs liven up the party, and shrieks fill the hall. Other classrooms hear the noise and anxiously wait their turn, just sitting in the dark all together. 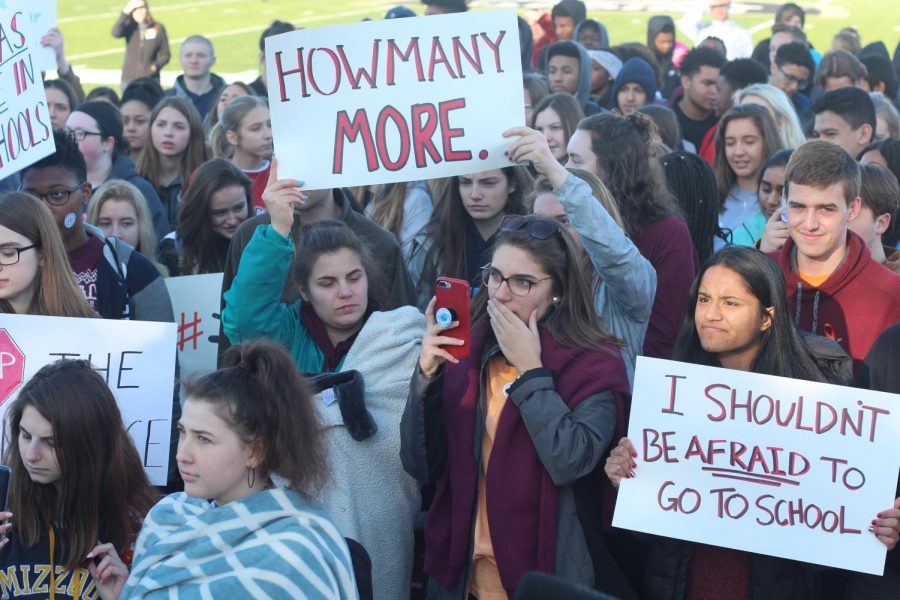 FHN students at the walkout held by student leaders on March 14.

By Madison Abanathie and Sam Cary

In light of the walkouts on March 14, two FHN publications students discuss their opinion of what the real issue at hand is when it comes to our nations use of guns. 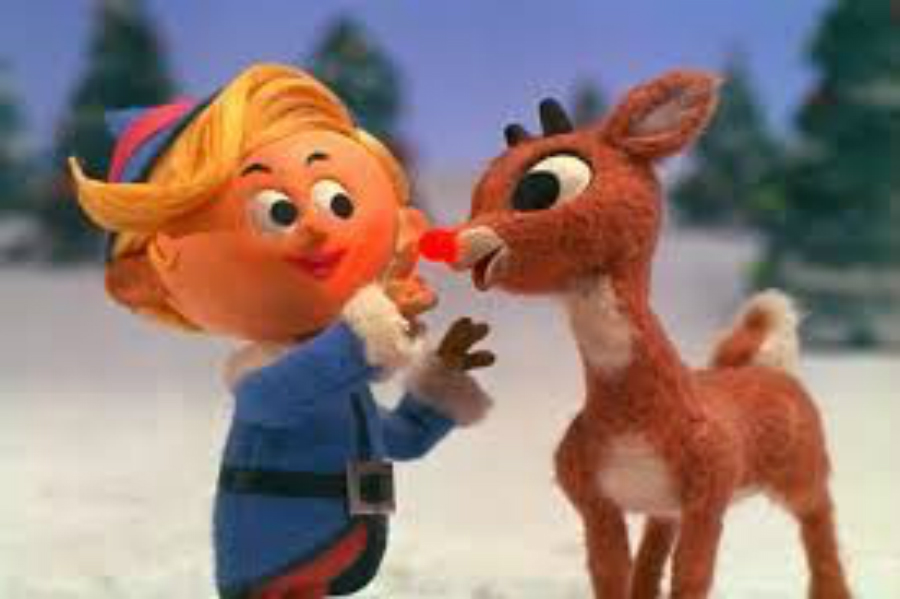 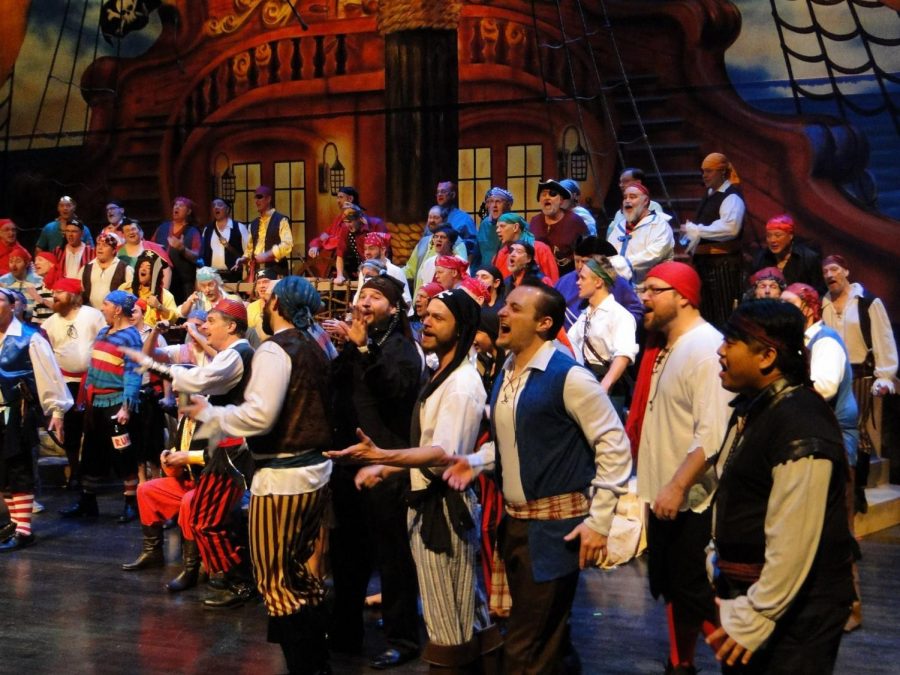 6. Pirates Steal the Show at the Ambassadors of Harmony Winter Concert

Ambassadors of Harmony performed at UMSL on Dec. 8-Dec. 10. Over 800 people attended. They sang a total of 17 songs which included “Christmas Time is Here,” “Jingle Bells,” “Twelve Days of Christmas,” and many more holiday classics. During the first scene it was pirate themed. They were on a giant ship and everyone was dressed as pirates. Their goal was to steal presents every year. The first scene was filled with more dancing. During the second half it was more of a classical chorus setting. Members were dressed in black pants, black vests, white shirts, white jackets and red ties. The backdrop was a star that looked like a cross. There were actors that dressed up as shepherds to symbolize the Three Kings. This scene was mainly just standing and singing. 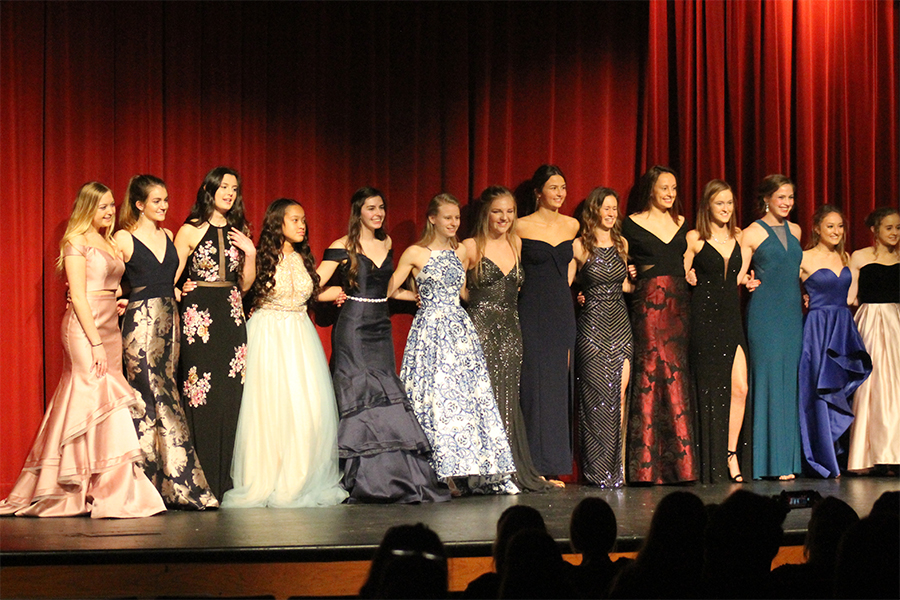 Juniors and seniors wear dresses from David's Bridal in the 2018 Prom Fashion Show, held on Feb. 28. Different stores were included in the show by the dresses and tuxedos the models wore. The stores were Savvi, David's Bridal and Camille La Vie.

On Feb. 28 juniors and seniors wore rented prom dresses and tuxedos from Savvi Formal, David’s Bridal, andCamille La Vie. The Emcees of the night were senior Grant Argent and junior Patty O’Leary. Some of the contestants participated in the talent portion of the night. There were donations from sponsors that were used for attendance prizes and raffle baskets. All the money goes towards prom decorations. (Photos by Kaitlyn Snyder and Mackenzi Durrett)

The Prom Fashion Show is an annual event that is produced around the time before prom. This year the show was held on Feb. 28 at 7 p.m, in the auditorium. The show’s funds go to the payments for prom like: decor, food, music, etc. The show is all planned by Junior Delegates and their sponsor Marissa Heyer. Heyer has been teaching at FHN for 6 years and has been doing the show since her first year. 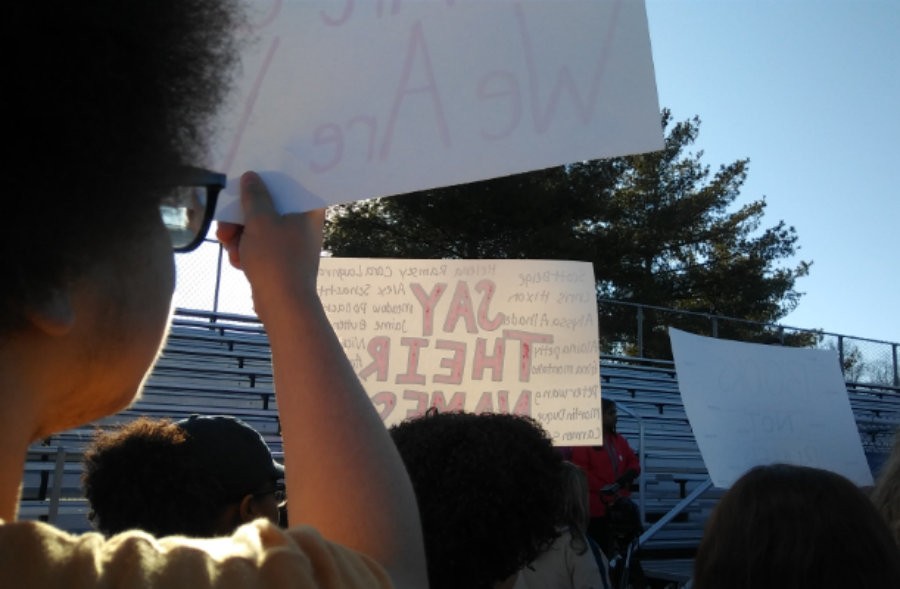 On March 14, 30% of FHN students walked out of their homerooms to peacefully protest current gun laws and to remember those who have lost their lives to gun violence.

On March 14, students across the country walked out of their classrooms and demanded stronger gun-control for a safer school environment. The walkout lasted 17 minutes that served as a tribute to the 17 students and staff that lost their lives at Stoneman Douglas High School one month ago. 30% of the FHN students participated in the walkout during their homeroom hour.

“This country is going through some very serious turmoil over this issue right now and it needs to be addressed,” junior Haley Peer said. 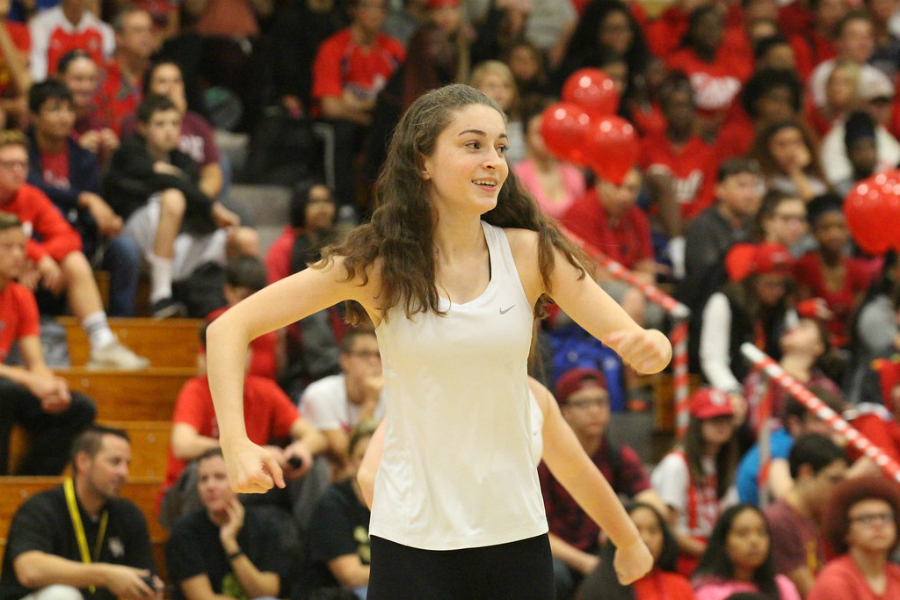 Sophomore Cami Gonzalez performs with Knightline at the Homecoming Pep Assembly on Sept. 21, 2017. Gonzalez was diagnosed with "Snapping Hip Syndrome" and decided to sit out the rest of the Knightline season.

3. Cami Gonzalez Out For The Knightline Season

Sophomore Cami Gonzalez has been a Knightline dancer for two years. Cami was not a dancer before Knightline, but when she heard about tryouts her eigth grade year, she figured she would give it a shot. Cami is on the JV team and she loves it. She loves being able to spend time with her friends while still doing what she loves.

“I love the friendships I’ve formed and always being with my friends that I’ve made from being apart of the team,” Cami said. 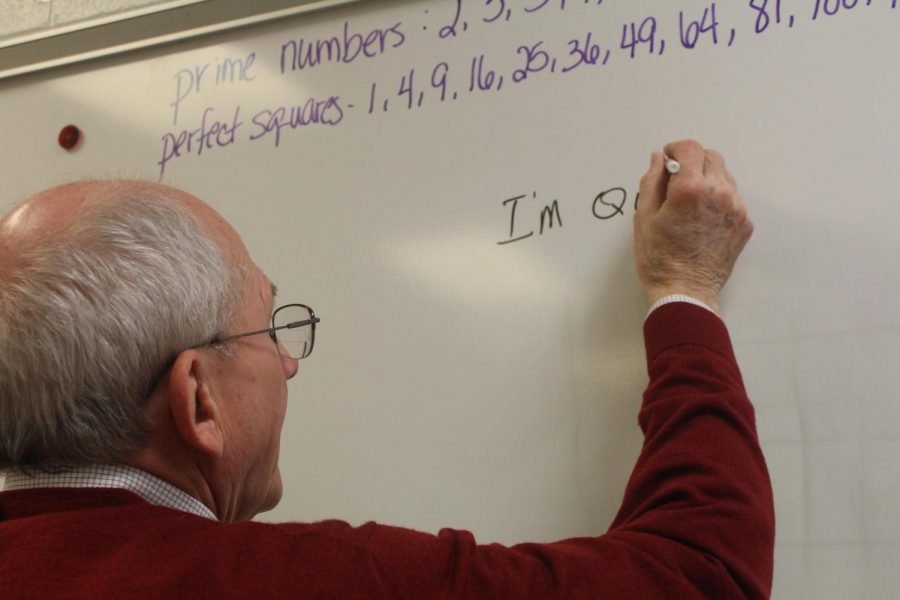 Edwards writes an inspirational quote on the dry erase board. When class started, he has the whole class repeat it after him.

2. Substitute Teacher James Edwards Past is the Reason He Shares His Well-known Saying

James Edwards stands outside the door of a classroom, as he does every time he substitutes for a teacher. His palm is outstretched, and he shakes every student’s hand, asking for a name. Students call him the ‘Handshake Sub’ and smile as they walk into the class.

The saying is penned in red on the whiteboard, his neat handwriting visible from every seat. When every student is at a desk, he asks them to repeat it back to him. 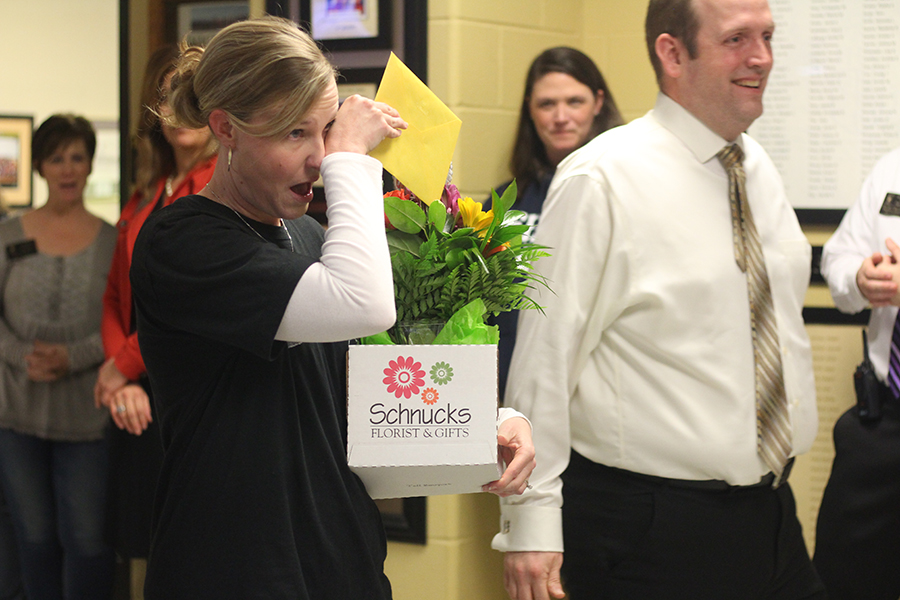 1. Shelly Parks is Awarded FHSD Teacher of the Year

English teacher Shelly Parks was announced to be FHSD Teacher of the Year during third hour on Wednesday Feb. 28. Students led her out to the front lobby to surprise her with the award where she was met with a round of applause from students and faculty and a bouquet of flowers. After Superintendent Mary Hendricks-Harris congratulated her, Parks shed a tear and accepted hugs from her fellow teachers.

“I am so shocked,” Parks said. “I thought I was getting fired and I asked Katie [Greer] if she was boxing up my things as I was walking up. I have my mom here and my husband, and it’s so crazy.”