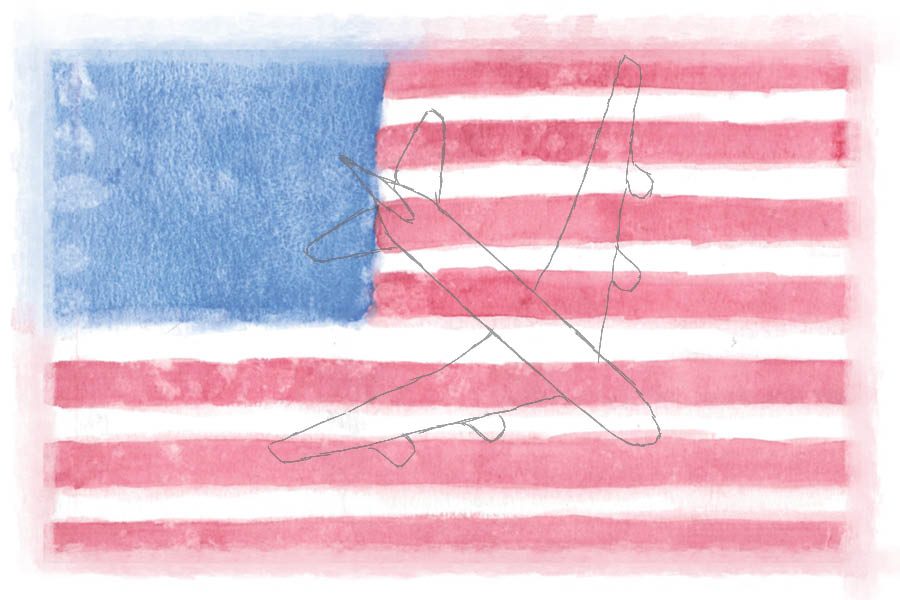 In the Past Two Years, Immigration Policy in the U.S. Has Greatly Changed

He likes playing soccer with his friends, learning from his teachers at NCNAA and he likes living in America.

To get these simple pleasures though, he had to first flee his home in Northern Syria. After leaving his country due to war and political turmoil, Sherwan lived in Turkey, working full time starting at age 12 until he was 16. After years of waiting, Sherwan and his family, with everyone except his brother, were finally able to make the indirect flight from Germany to the U.S.

Sherwan was one of 3,024 Syrian refugees let into the United States in 2017, and he has seen first hand the dramatic changes to immigration, refugee and border control policy over the past two years.

Before leaving office, former President Barack Obama set a cap of 110,000 refugees to enter the country for the fiscal year of 2017. This would have been the highest number let in  since 1995. However, within his first weeks in office, President Donald Trump cut the number in more than half, changing the annual ceiling to 45,000, which is the lowest the number has been since the Office of Refugee Resettlement’s inception in 1980. Out of this 45,000 cap, only 33,000 made it into the country, which, according to the Washington Post, made 2017 the first year in nearly four decades that the United States accepted fewer refugees than the rest of the world.

“I felt that the prior administration was more welcoming to people,” NCNAA teacher Keary Ritchie said. “I think they really tried to be sensitive to the circumstances of these people.”

Trump has also introduced a travel ban on seven countries including Syria, Iran, Libya, Somalia, Venezuela, Yemen and North Korea. There were two versions of the ban proposed before the third and final version was fully upheld by the Supreme Court.

This most recent ban placed different restrictions on each country. In some cases, like that of Venezuela, it only applies to certain government officials. But in other cases, like that of Syria, it indefinitely ends entry into the United States for refugees like Sherwan and his family. This particular policy of not welcoming the Syrian people is a large change from the previous administration two years ago. Under Obama’s presidency in 2016, the U.S. had resettled 15,479 Syrian refugees. As of October in 2018, the U.S. had only let in 31. According to Richie, this ban and its repercussions have had a damaging effect on NCNAA students and their mindset.

“I thought I would never get to the USA,” Sherwan said.

Changes have also been made to H1-B and H4 visas.

The H1-B visa allowed skilled foreign workers who had been hired by U.S. companies to live in America for three years. The changes include additional documentation requirements and new compliance rules. Businesses now must be able to provide proof that the individual hired is “more likely than not” required for the full three years of employment.

H4 visas allowed the spouses of H1-B visa holders to work in the U.S. while they are waiting for a green card, a process that can take anywhere from a few months up to 10 years. The Trump administration has proposed doing away with this Obama era rule, leaning more towards President Trump’s policy of “Buy American, Hire American.”

“In general, there is a sense of disbelief that the government would actually revoke this work authorization for high-skilled professionals who are well on their path to permanent residence,” said immigration attorney Sandra Feist in an interview with CNBC. “This will cause major personal and corporate disruption.”

Temporary Protected Status (TPS) is a protection given to individuals from countries suffering from civil unrest, natural disasters and violence who would be unable to safely return. They are able to stay in the country for a period of six to 18 months before it must be decided by the Secretary of Homeland Security if the TPS is to be renewed or not. The U.S. is providing TPS to approximately 437,000 foreign individuals from 10 countries. Since September of 2017, it has been announced that TPS is being revoked for six countries including Haiti, El Salvador, Honduras, Nepal, Sudan and Nicaragua.

“TPS will still be on the books, but will have been virtually emptied of beneficiaries at a time of the greatest number of forcibly displaced in recent history and an unprecedented number of complex crises giving rise to displacement.” Donald Kerwin, executive director of the Center for Migration Studies said in an interview with the New York Times.

In a November interview with Axios, Trump revealed that he is planning to end birthright citizenship for those born in America to noncitizens. Doing this would require a change to the 14th Amendment, which states “All persons born or naturalized in the United States and subject to the jurisdiction thereof, are citizens of the United States and of the State wherein they reside.”

Trump believes he can make this alteration with an executive order instead of going through the normal procedural steps. Currently, there are more than 4 million children living in the U.S who have citizenship but their parent does not, this executive order would take citizenship away from all of them.

“I wonder how the world looks at America now,” Ritchie said. “We have a history of welcoming refugees and immigrants and now they must be wondering ‘Is that true?.”