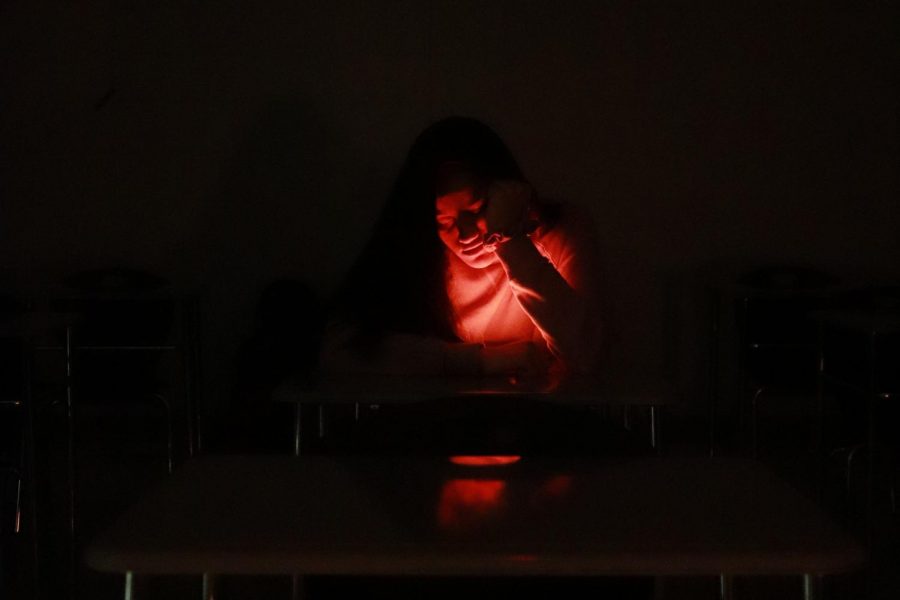 Sleep is essential to our health. It repairs and strengthens our minds and bodies, but we often neglect getting the recommended eight to 10 hours of rest. This issue discusses the importance sleep has in our lives. (Design by Heeral Patel and Kylah Woods; Photos by Phoebe Primeau) 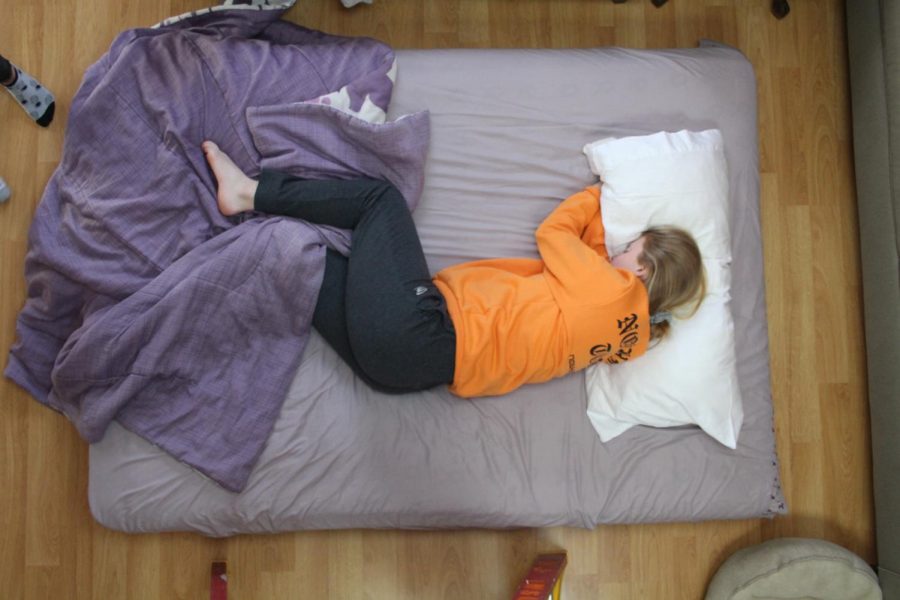 The Economics of Time

It becomes a cycle. Wake up to the third alarm. Rush out of bed and get ready for school in 20 minutes. Pry eyes open during classes to stay awake. Go to basketball practice. Shower. Strangle with homework for a few hours. Check phone. Sleep the length of a long nap. Wake up and repeat. The cycle continues.

“I’d say I have a hard time remembering things and focusing on things, which I mean that could attribute to a lot of things, but I think lacking sleep definitely has a big toll on that,” Stephenson said. “It’s just really hard to learn new information when I’m that tired because I either can’t stay awake trying to learn it or I’m just not really absorbing it.” 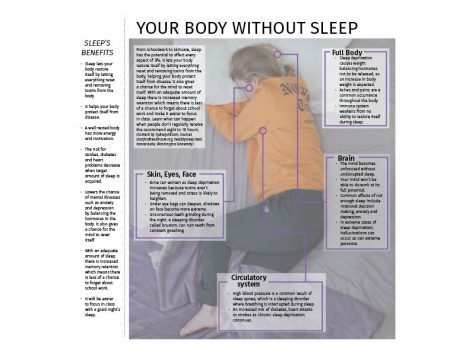 Being unable to focus is only one of many issues. As the pace of society increases, pressures on teens to do more continues and smartphones become more prominent, and more teenagers stay up to clock in more hours at work, complete schoolwork or scroll through social media. This causes sleep too often becomes less and less of a priority.

“Part of it is just this idea that we don’t understand basic economics, and I’m not talking money here,” AP Psychology teacher Sean Fowler said. “I’m just talking about basic when you choose one thing you’re foregoing something else, so one of the most important economic resources we have is time.”

For many students, this time is not filled with sleep, but with other activities, schoolwork, family responsibilities or jobs. Instead of attaining the eight to 10 hours of sleep required for proper functioning of teenagers, many students find themselves getting less and less sleep.

“A lot of teens and myself get into more stuff than they really can, like I did,” junior Isaac Kelly said. “Then, a lot of them don’t realize like how important sleep is ­—until it’s gone.”

With only three out of 10 high school students getting enough sleep on school nights, according to the Center for Disease Control and Prevention, many students face the repercussions of sleep deprivation, both short term and long term. While students may immediately feel less focused, less motivated or less efficient as they receive less sleep, they may also struggle more with anxiety and depression, and their immune responses will decrease. 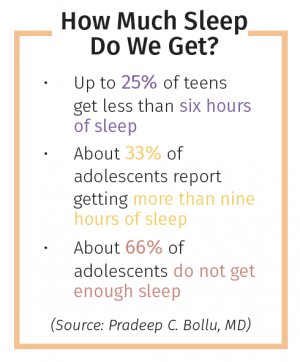 “Sleep is very important to the optimal functioning of the body, which is clearly evident because we have one third of the time dedicated in a day to our sleep,” Pradeep Bollu, Associate Director of Sleep Disorders at the University of Missouri Columbia, said. “That tells you how important sleep is. This is a problem in the last century, so in the span of hundred years, we are trying to change the natural order of things, and that will not fly probably. That will not work and will always result in deleterious consequences, so give the sleep the brain deserves. There is no workaround if you’re sleep deprived. One day, that’s okay. But don’t chronically sleep deprive yourself or you’re just setting up for a suboptimal outcome, and that is not efficient.”

If students continue to try to workaround getting enough sleep, more than the short-term decreased cognitive function and irritability will be evident. Later, the effects of their sleep deprivation could lead to decreased intelligence test scores, increased psychological problems, increased risk of diseases and lower life satisfaction.

“The most important thing is that even if you feel like you’re putting more hours by depriving yourself of sleep, your efficiency is going to be lower during those hours that you’re staying up,” Bollu said. “Unless you give the brain the this the rest it deserves, it is not going to be optimal. So if you want to be successful, well, clean your brain properly, clean your brain with respect. Give it the sleep that it needs and deserves. Unless you do that, no matter what you do, your effort is going to be not resulting in the most fruitful outcome unless you would have had you given your brain the sleep it deserves.” 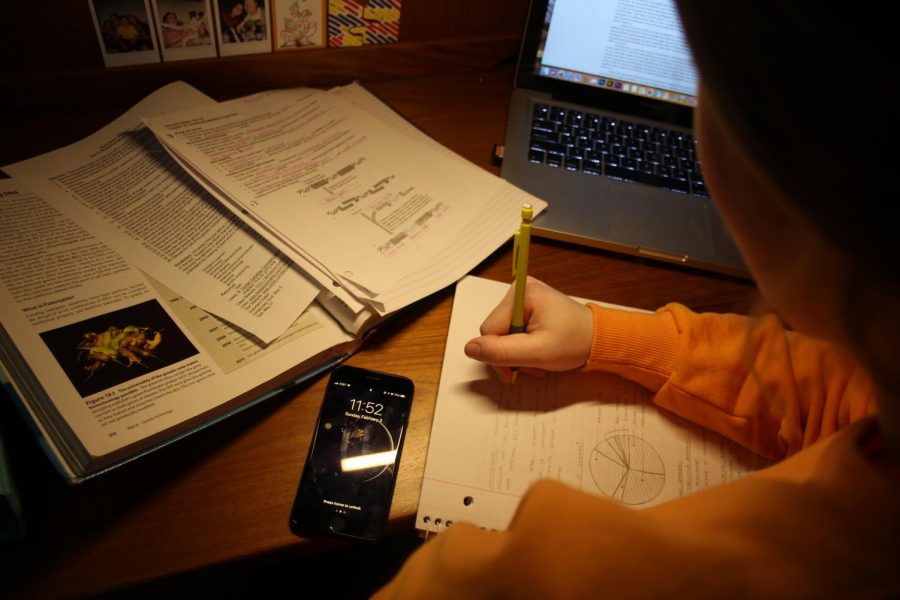 Pushing Up School Start Times Must Account for Many Factors, But It Has Many Benefits to Student Achievement

Within FHSD, the first school bells ring at 7:20 a.m. Currently, between early wake-up times and late bedtimes, many teens get either not enough or a borderline amount of sleep — a survey from the National Sleep Foundation finds this to be the reality 87 percent of high schoolers. To get in those deprived hours of sleep, logically, students should either go to sleep earlier or wake up later.

Due to a shift in circadian rhythms that takes place during adolescence —causing teens to naturally stay up later than children and adults— it’s harder for teens to develop a sleep schedule that allows them to get a full night’s rest while getting up at 6 a.m.

A study done by the University of Washington found an increase in academic performance associated with the additional sleep students got when Seattle high schools delaying start times by 55 minutes. This gradual trend has been taking place across the nation.

“We would absolutely consider it,” FHSD Chief Academic Officer Nathan Hoven said. “It’s been an idea in the back of minds of every school district I’ve ever been aware of for years… It is hard work, but that’s not a reason a district says we’re not going to do it, but knowing that it’s absolutely going to impact your community, you have to be ready to say okay, it’s time to have this conversation that we know is going to be difficult for the community because it is even if it’s a great change, and even if your community totally support this as a great thing, it’s still gonna be hard to do for families, and for everybody involved.” 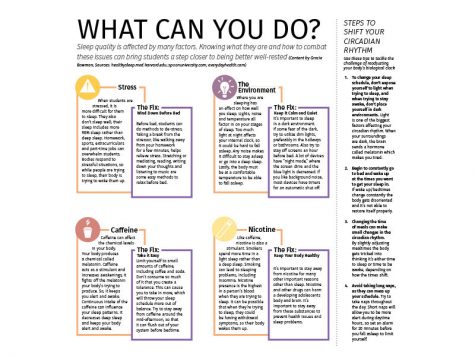 During school hours, this leads to a lack of focus among students, especially during the first few hours of the day. This can be seen in students as anything from falling asleep during class to struggling to pay attention to notes to simply lacking the energy to work.

“Normally what I try and do is break up [class] into little chunks and kind of move the kids around,” Spanish teacher Valerie Green said. “Normally, they’re only seeing it for like the bell work …after about 15 minutes into the theory, we’ve already switched gears…Sometimes the bell work helps stimulate the brain a little bit, and sometimes just gives them a chance to kind of have a moment before class starts in.”

Of course, implementing a change at the magnitude of moving bell times for schools has numerous factors. For high schools, starting later would mean ending later, which would impact after-school activities. Along with that comes athletic schedules for games and how those coordinate with other schools. There’s also the busing system to think about. Even with their own buses, changing school start times would mean reallocating buses and drivers, and how they coordinate with the length of each route and the population of each school. It’s another complex process that would have to take place if the District start high schools later. For many families, changing school start times would also mean readjusting their morning and after-school schedules.

“If a lot of schools in this general area started doing it started at least all talking to each other about doing it, I think that would help push it,” Hoven said. “…If there’s a big community push that the community says, ‘We want this for our students. And as a community, we’re prepared to work through the difficulties that it would provide,’ I think that would help, you know, anything that takes some of those major impacts and lessens them I think, are things that could help spur this along.” 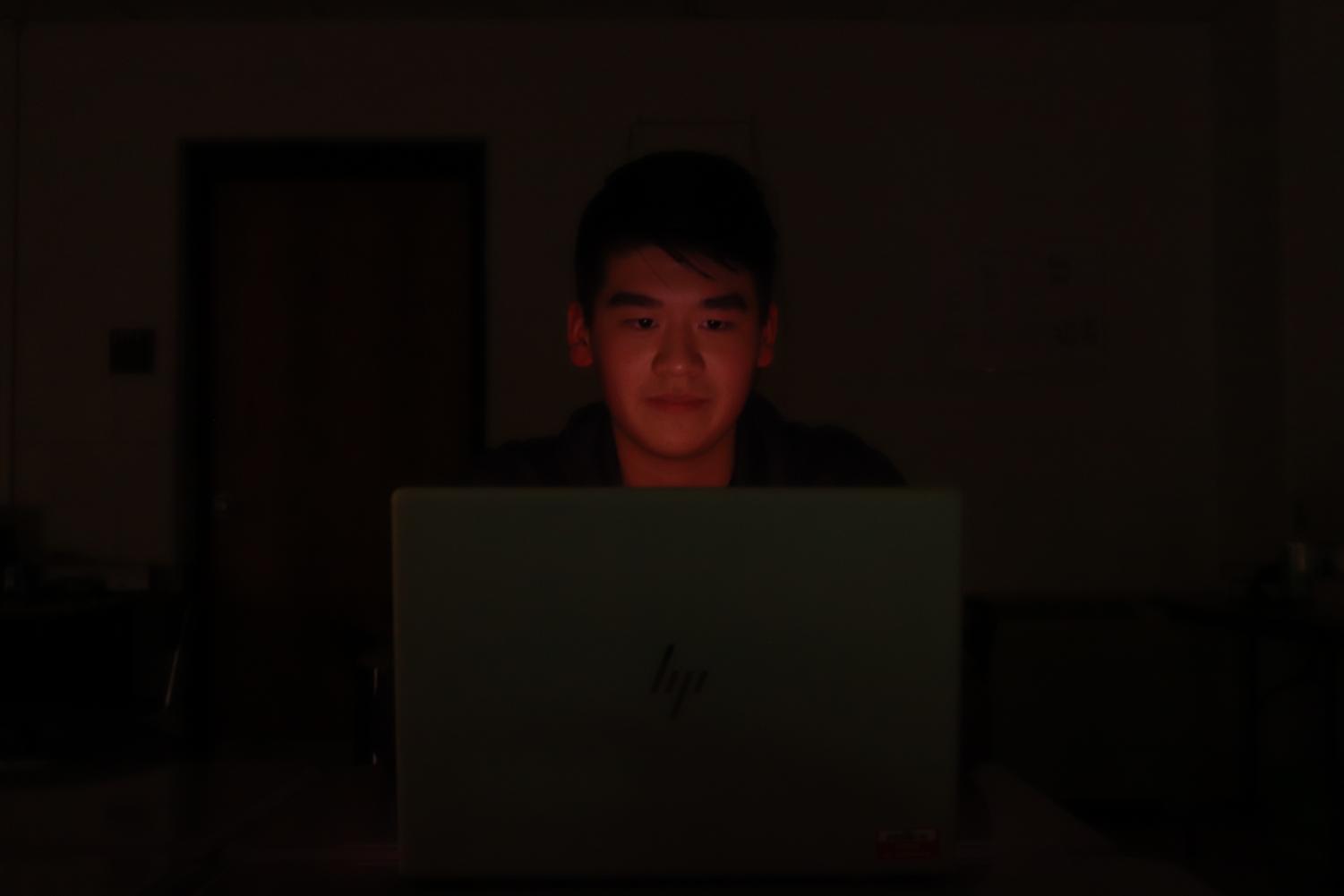 All in a Night’s Rest

When his high school career started, freshman Oscar Sun didn’t realize how important sleep was until his mother Amy Ye had him go to sleep at 9 p.m. every night. Ye believes with a full night’s rest, Sun will be more focused in both life and academics. Getting a healthy night’s sleep allows him to get better grades and stay alert in the first couple hours of the school day.

“When I go to sleep early, it helps me focus and helps me process the stuff in front of me,” Sun said. “I can think straight. I get along better with my family and friends.”

As soon as he gets home from school, freshman Oscar Sun grabs an apple for an after-school snack.  He spends the next few hours relaxing and taking a break from the school day. Most of his after-school activities consist of watching YouTube, playing video games or taking a run.

“If [teenagers] go to sleep earlier, they will have a better sleep cycle and be more energized,” Ye said. “[I notice that] Oscar is in a better mood for the day.”

Depending on his workload, Sun will spend an hour on his homework. Sun sits at his desk with his phone away, working on the usual daily math homework or the occasional Spanish homework. In this time frame, he gets all of the work done for the next school day, and when he’s finished, he eats dinner and allows himself more time to relax.

“I try to manage my time and get homework done during the day, so I’m not worried about getting it done the class before,” Sun said. “It can get stressful because I don’t know if I’ll get it done in time.”

At this time, all of his electronics are turned off and he’s in bed. He has kept up with this schedule ever since his high school career started. This schedule benefits his mood and his grades.

“I think it’s good that he gets more sleep because he does get better grades,” friend Khalin Shah said. “I feel like it changes his perspective and attitude, he’s not in a funky mood for the day.” 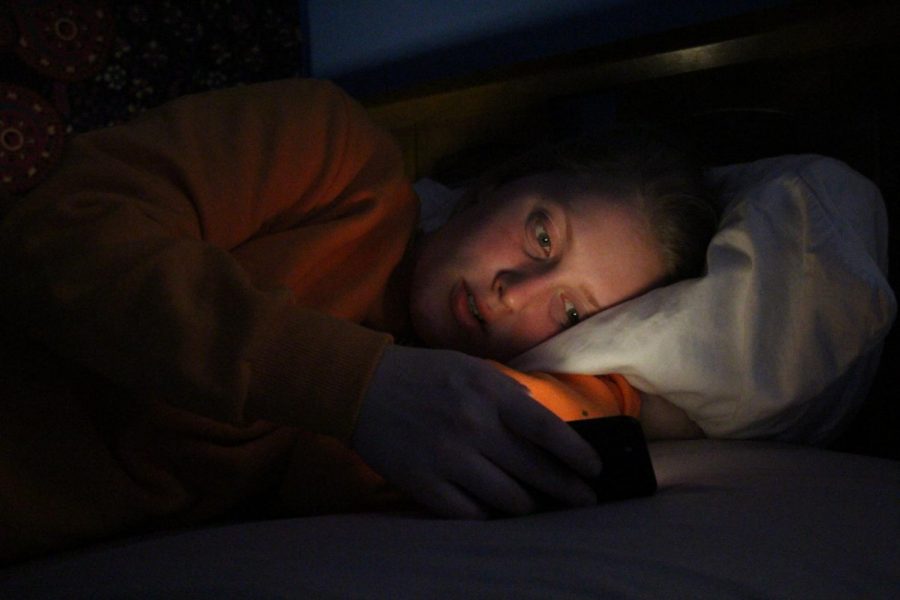 How Sleepy is FHN? [Infographic] 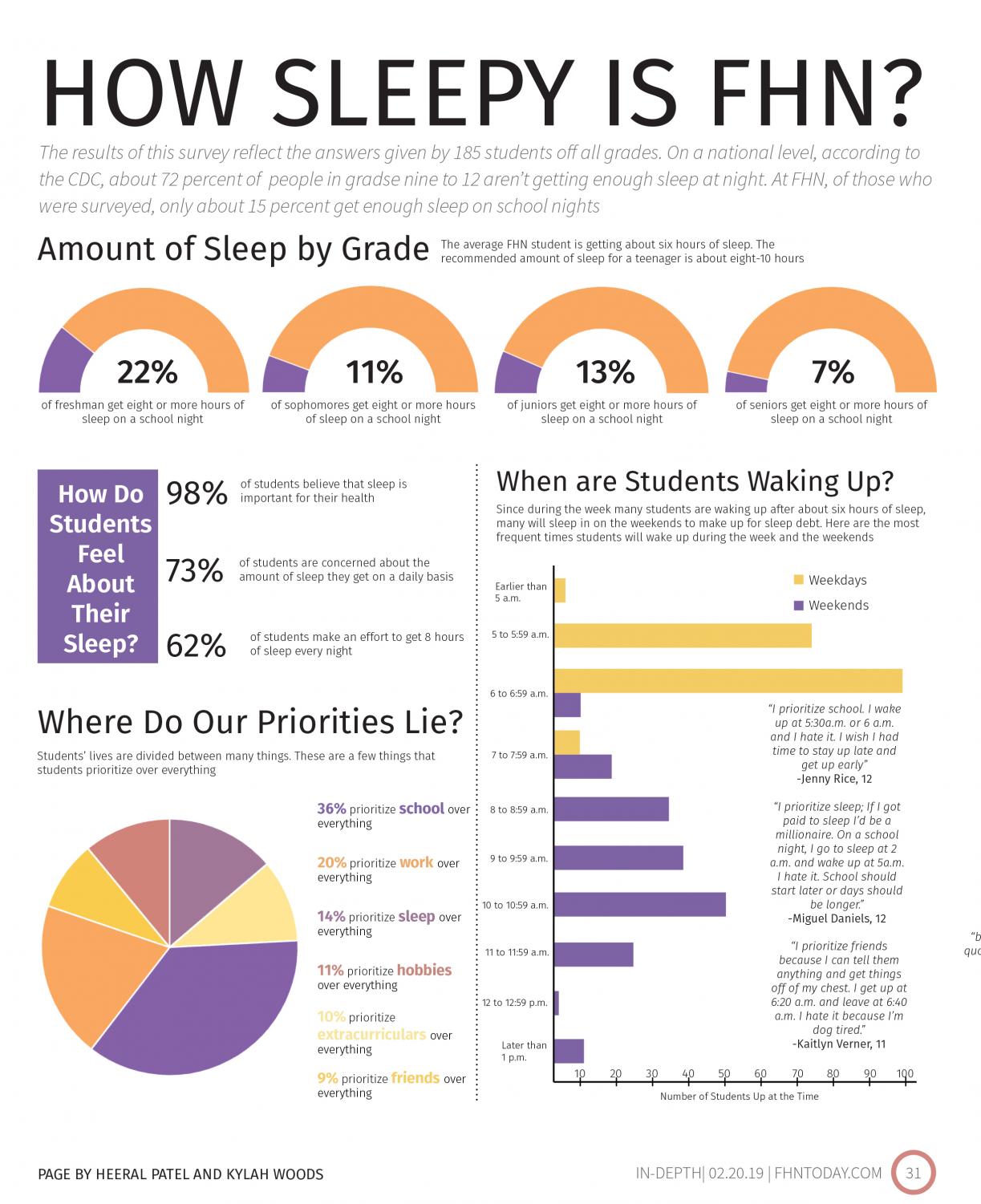