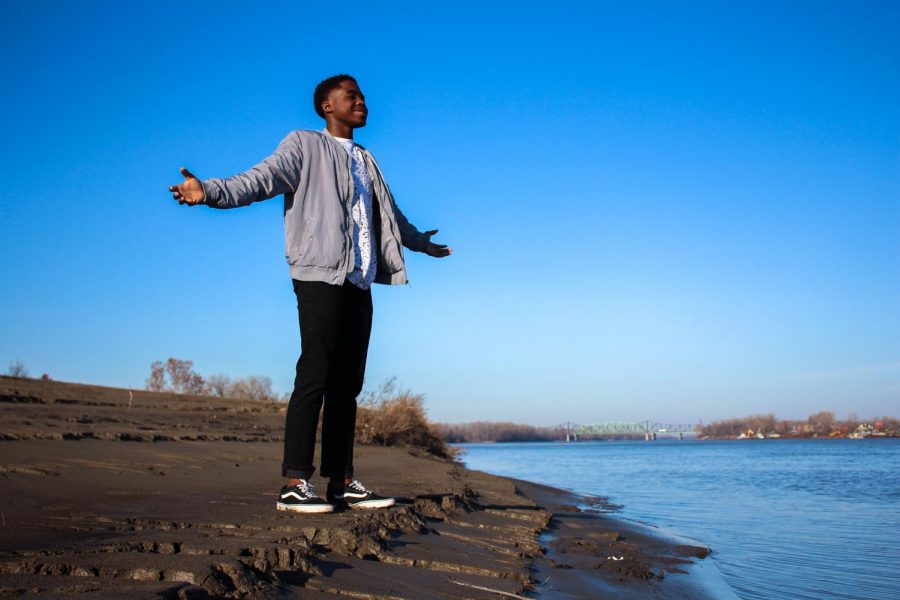 Sophomore AZ Anderson stands by the Mississippi River with his arms spread apart. Anderson was taught as a kid that he had to be independent, and he learned that lesson through many difficult experiences. Because of these trials, Anderson now lives with his grandparents, and he has started to live a more normal life.

6. Sophomore AZ Anderson Doesn’t Let Past Experiences Have a Negative Impact on Himself

It’s 2010 and “Good Life” by Kanye West plays while AZ Anderson and his family dance around their house.

They’ve been playing games like charades and hide and seek for hours. For that family, it seemed like nothing else in the world mattered. 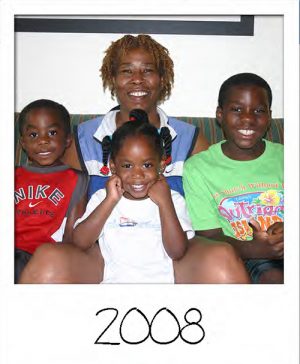 “We would all be laughing and having fun and dancing,” AZ said. “My dad was like a big little kid.”

On Sept. 15 of that year, when AZ was just 7 years old, all that changed. That day, he was picked up by his aunt Shea Tatum from school and taken to the hospital where his mother waited to tell him and his siblings what happened. It was that day that his father passed away from heart and kidney complications.

“She basically said, ‘It’s going to be hard’,” AZ said. “I saw the tears coming down her eyes and I was asking myself, ‘Why is my mom crying?’ My mom was such a strong woman. I never saw her cry.

“She said that we needed to take everything day by day, and it’s one of those things I hold with me to this day; it’s so vivid in my memory. Every time I say that, I can feel my mother’s touch on my knee because it was such a firm grip.

“I know that she was just trying to reassure us, but I knew it was going to be hard. It was hard.”

When AZ first went into the hospital room, he didn’t want to believe that his father was actually gone. He thought that maybe his father was just playing a huge prank on him and that it wasn’t true. At the time, he didn’t really have a grasp on the concept of death, and he didn’t take much time to grieve because he returned to school soon after.

“I didn’t know I was depressed because I was seven-year-old, and I didn’t really know how to interpret it,” AZ said. “I really only took a day off of school, and all I know is that every time my teacher would give me an assignment, I would just color it black. She took that as an act of defiance. She didn’t know how to interpret it and so I ended up getting kicked out of her class which sucked a lot because I didn’t even know what was happening.”

Over time, AZ’s understanding of death increased and he started to return to his normal self. 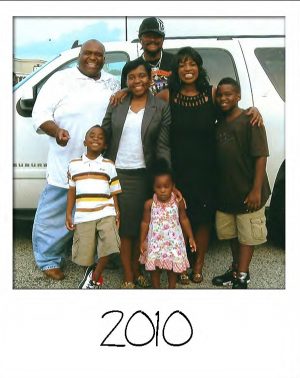 In the six months that followed, family and friends were helping AZ and his mother a lot. His mother was a stay-at-home mom before his father passed, so they were struggling. After those six months, the people that were helping them out started to fade out, and their family was on their own. Eventually, they had to move out of the house and into an apartment.

“When we first moved to the apartment, I met some really good friends,” AZ said. “They’re people that I talk to even to this day, and I think that’s just God because even through this tough time, I still have people I can depend on.”

AZ and his family moved from place to place for the next few years. After a brief stay in the apartment, they moved in with his aunt. While AZ and his family were living with her, his mother went back to school to be able to become a teacher. Soon after, his mother got a teaching job. Kids from the school his mother taught at would come to the house for counseling. It didn’t matter what happened, AZ’s mother was always there and ready to help.

Finally, after about two years, AZ and his family moved out of their aunt’s house and into another apartment. That Easter, AZ’s mom organized an Easter egg hunt for the kids that couldn’t afford it. For Christmas, even though they didn’t have much money, she tried to provide for the kids in the neighborhood.

“My mom sewed so many seeds,” AZ said. “That’s why I’m probably not going to have to worry because of all those seeds. I’m really glad she instilled that into me. To just give no matter what, even if you don’t have.”

After their time at that apartment, they moved into a house.

For the first time since the passing of AZ’s father, they had a house. AZ and his family were finally content. He held the memories he created with his family in that house close to his heart. 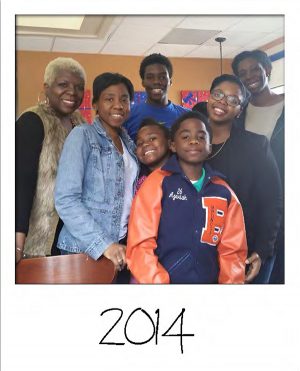 “[Living in the house] was really the turning point,” AZ said. “Everything we went through since my dad died. Everything was restored to how it was before. Before, yeah, I had a lot, but then I lost it all, but I got even more in return. A lot of times we look at life and we think about materials, but it’s really not about that because once you die, the materials are gone and it’s just your legacy and what you’ve built. You’re not going to be remembered for money, you’re going to be remembered for what you do. I still hold that.”

It wasn’t the last turning point for AZ though.

It was the night of Jan. 5, 2017, and AZ was up late playing video games. Normally, his mother would come in his room to tell him to sleep or quiet down. AZ thought it was odd that she didn’t come in, but he continued playing until he eventually went to sleep.

Later that night, AZ woke up to screams.

AZ went into his mother’s room and found his brother, sister and his mother’s coworkers all in there. His brother started shaking her, begging her to wake up.

It was then that AZ realized that his mother had passed.

“I was so sad but I couldn’t cry,” AZ said. “I thought ‘Well, I really have to succeed now.’ I don’t know, it was instant. It was a call of action when my mom died. It wasn’t just, ‘Dang, she died.’ You think ‘Oh that’s your mother, that’s a strong effect,’ and it did have a strong effect on me. But it was more like, ‘I’m prepared for this.’ She taught us to be very independent. She’s built me up for this. I can do this.”

Once everyone calmed down a bit, her coworkers called an ambulance while AZ and his brother started calling family members to tell them the news. 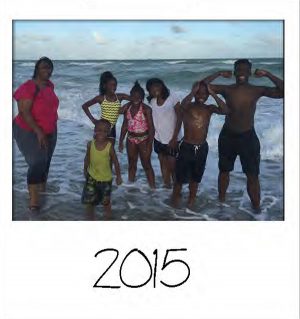 “I remember seeing so many people crying,” AZ said. “It wasn’t chaotic to me but everyone was crying. Everybody was sad, and when you’re surrounded by that kind of sadness, it’s just crazy.”

In the months following his mother’s passing, he stayed with his grandmother on his mother’s side and people were checking in on him constantly. Some people he knew and some he didn’t were checking on him to make sure he was doing ok. According to AZ, his quality of life improved because he had such a strong network of people to help him out during this time.

A Choice to Make

Now, AZ had to make a decision. He could stay in Houston with family from his father’s side, or he could move in with Latashua Browning, his aunt on his mother’s side in Missouri.

“[My grandma] basically sat us down and said that she respected our decision no matter what we chose,” AZ said. “She thought that it might be more beneficial for us to come to Missouri, but in the end, she didn’t force us into anything.”

In the end, AZ decided to come to Missouri to live with his aunt and grandma. He felt that they were more equipped to take care of him and provide a strong support system for AZ and his sister Christian.

Despite all the experiences AZ has had at such a young age, he keeps a positive outlook on life. He feels like through everything, he’s changed for the better.

“I look at situations differently,” AZ said. “I go into a situation without any prejudice or bias. I don’t care regardless of your race and background. Because I went through so much, I realized that we’re all so different that it’s crazy. We’re united by our differences.”

Since moving to Missouri, AZ thinks that things have been going really well for him. He feels that when it comes to FHN, there’s not a lot he can complain about.

In the future, AZ plans on going to law school to become a lawyer. He wants to help kids that are in situations similar to he was to make sure they are getting properly represented.

“I really just want to be successful, go to college and be the best father to my kids that I can be,” AZ said. “As a lawyer, I want to really connect with the kids and do a better job than my lawyers. I honestly just want to help people in any way I can.”