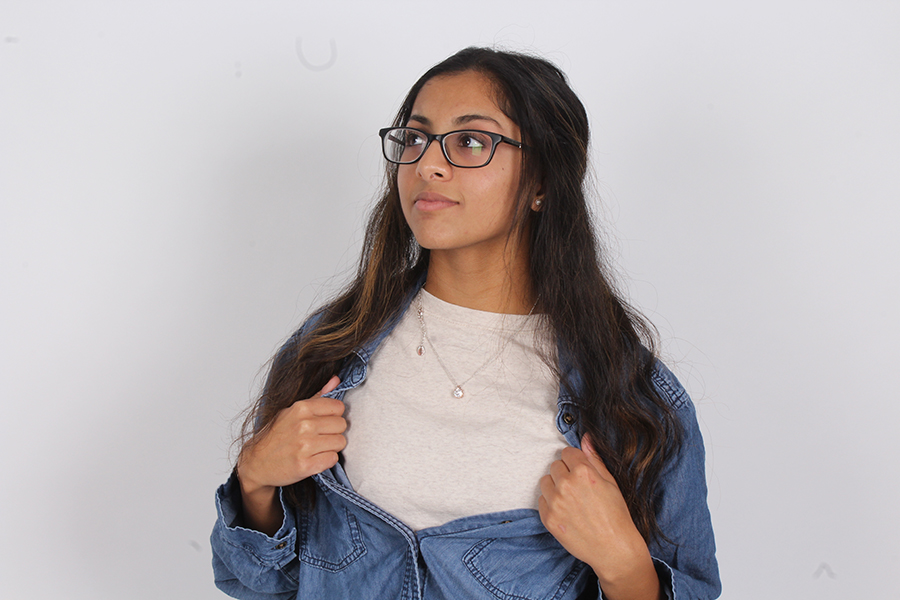 Since she can remember, junior Riya Contractor has been a part of the rich culture of Hinduism. It was a part of her parents’ lives growing up, and now she celebrates it as a part of her identity.

“I feel like it really helps define who I am,” Contractor said. “It just makes me really unique from other people, because not a lot of people are the same religion as me, so it is hard to relate to others, but it’s cool to be able to tell people and show people about my religion, because it is a really beautiful culture, and I love being who I am.”

Contractor describes Hinduism as an incredibly rich culture. While Hinduism is a religion- the third largest religion in the world- it is also an ethnic part of peoples’ lives, mainly practiced in India and Southeast Asia. Some staples of it are gold, jewelry and the festive holidays celebrated in place of traditionally American holidays. Diwali, a Hindu holiday, took place in November, celebrating how good triumphed over evil. Contractor and her family celebrated Diwali by decorating their house with lights.

“Her culture affects her positively by helping her connect to her family and friends that have similar cultures,” her friend, junior Iris Lee, said. “It also helps her outlook on life by guiding her with its morals. It’s also just really cool.”

Despite the rich culture Contractor sees it as now, there was a time when being involved in it was a struggle for her.

“When I was younger, I used to be a little ashamed of being [a part of] my culture because I never really fit in, but then especially in this area, there’s not many Indian people, or even Muslim people, so I did feel a little ashamed,” Contractor said.

Part of the shame came from how different her religion is compared to what many consider “normal”. In an environment full of people with beliefs unlike what Contractor believes, it sometimes felt like she was alone.

“It really differs from what people consider normal, because most of my friends are just Catholic or Christian, so I have felt like an outsider,” Contractor said.

Her friends, such as Lee, have seen how it affected her life and her struggle to balance her identity in the past.

“I’ve seen her struggle before,” Lee said. “It’s very hard to balance your root culture self and your everyday society self. Since she lives in America and is surrounded by more American culture than Indian culture, it takes a while to be able to balance both cultures at the same time.”

However, she was not down for long, and in the past few years, she has become firmer in her identity within her culture. And instead of the shame that can come with being different, she now sees it as a source of strength and confidence.

“I’ve learned, as I’ve grown up, to embrace who I really am, because it sets me apart from everyone,” Contractor said. “It gives me that cultural identity that belongs to me.”

Along with welcoming her culturalidentity on a personal level, Contractor has been encouraged in this identity by her surroundings. Instead of being alone in her beliefs, she is being surrounded more and more by people who she can connect with through their similarities and shared experiences.

“I get to see people who look like me, who have the same religion as me,” Contractor said. “It helps me relate to them and make new connections.”

Contractor attributes some of this to changes in the FHN community, which strives to support tolerance, diversity and individual identity. The changes in the school and its climate have bled into her life and have made her more comfortable in who she is.

“[My freshman year] I felt like a total outsider,” Contractor said. “But sophomore year and this year, I feel so much more involved, and I feel like there are so many more clubs and activities that help promote diversity and inclusion for everyone. I feel like Dr. Hostetler has really helped with that, as well.”

She continues to celebrate her vibrant Hindu culture and she stays proud of who she is, and who her culture has made her to be.

“I want people to know it’s different. It’s not what you’d really expect from a normal person,” Contractor said. “It really means a lot to who I am, and it’s just shaped me to be the person I’ve become.”