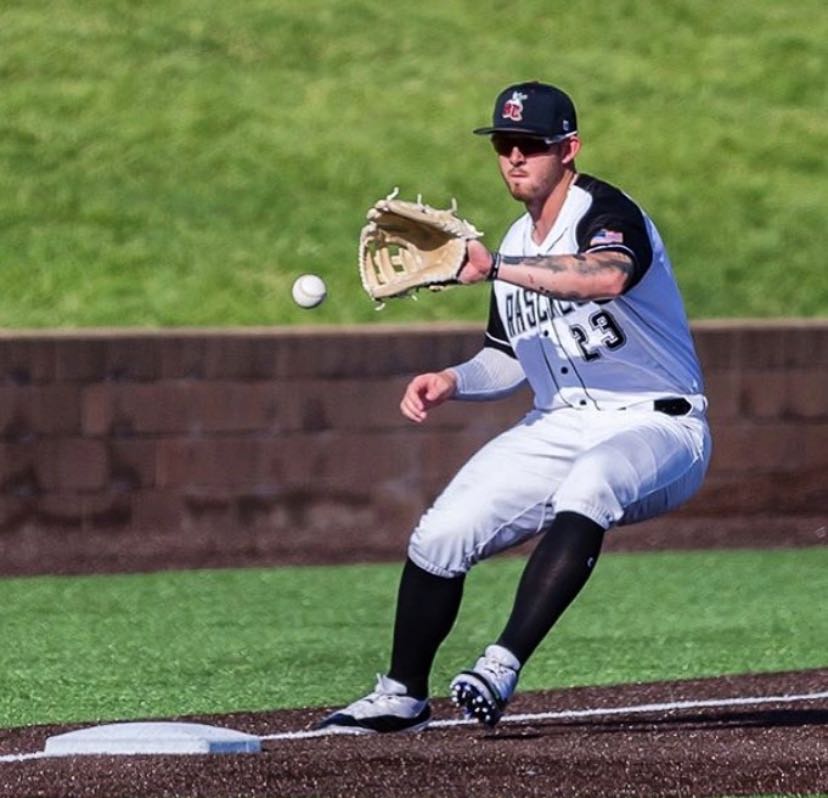 Driving home from work in his car late on a Monday night, Braxton Martinez gets a call that could change not only his baseball career, but his life. 25-year-old Braxton Martinez graduated from FHN in 2012 hoping to continue his baseball career from high school into college. In the first week of December of 2019, he got an important call from a Major League Baseball team, the Los Angeles Angels, offering him a contract to play with them starting this upcoming 2020 season.

“It’s always been a lifelong goal of mine,” Martinez said.  “I haven’t ever had the opportunity to play affiliated baseball. It’s a pretty unorthodox route to take, being 25 and getting my chance, but everybody kind of has their own story, no matter what it is. I’m just really excited and want to make the most of this opportunity.”

After four years at FHN, Martinez attended college at St. Louis University for four years and continued playing baseball. After his senior year in college, Martinez decided he wanted to keep pursuing his love for baseball into the independent league. He found himself in a dilemma, trying out for teams for months, yet not finding any openings due to their seasons already starting. As Martinez began to realize he couldn’t travel around the country looking for a team to play with, The River City Rascals, located in O’Fallon, MO, had a few opportunities open. After trying out for the Rascals, Martinez made the team and played from 2016-2019.

“That was a big struggle for me just because being an athlete, you get so used to being successful and then you kind of get a slap in the mouth,” Martinez said. “You have to learn how to grow up and kind of deal with those hardships. But I look back at it and I wouldn’t change a thing.”

“He’s really good at encouraging people,” Martinez’s close friend Maggie Jasper said. “That’s why I think he was so good at beingna coach. He saw kids acting goofy like he was in high school and he could relate to them.”

FHN prepared Martinez for what his future would hold, specifically how the baseball community works. At FHN, he was able to meet people from different places with different stories, allowing him to create bonds with students from the community. Martinez found that he went through this same process with all of his past and present teammates from around the country. FHN gave Martinez a very strong support system, letting him experience what every team should feel like.

“It didn’t really matter what team you’re on, what club you’re associated with, everybody’s pulling for each other,” Martinez said. “It’s like your brand. You’re wearing Howell North stuff. You want everybody to succeed. You want everyone to do well.”

Ever since Martinez was in high school, he was someone that made you smile. People found him so passionate about things he enjoyed doing. Martinez was, and still is, someone who puts his whole heart into whatever he is doing.

“He could make you laugh,” Jasper said. “He could make people smile and that was kind of like his thing that he likes to do. I think because of his love for the game and the respect for other people that he will be an amazing teammate. He really cares about how others are doing and it’s not just about him.”

Martinez travels to Tempe, Arizona for the 2020 spring training on March 12. Through the past eight years, he has learned to put faith and trust in what is meant to happen in his life. He is excited to start this new chapter of his life and see where it takes him.

“Things are going to happen when you least expect it,” Martinez said. “I never expected to get a call to play for the Angels at nine o’clock at night on a Monday coming home from work. I always try to live in the moment and just be present on what I’m doing. Just live life, have fun and things are going to work out.”