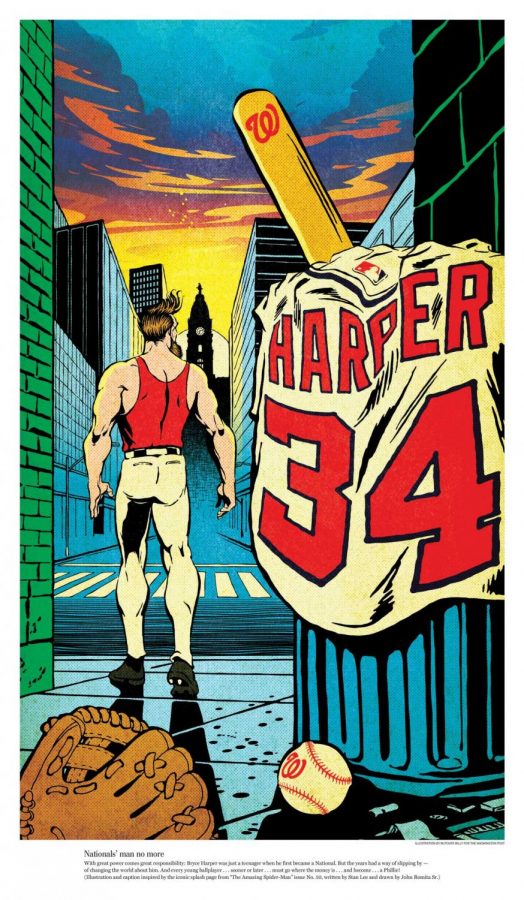 Growing up in St. Louis, alumna Brianna Schroer wasn’t sure what she wanted to do. She was a cross country runner, class secretary and a figure skater, yet she found her passion in FHN publications while on the yearbook staff. After graduating in 2012, Schroer still uses skills she learned in high school eight years later while designing for the Washington Post.

“Most of my friends knew what they wanted to do [while in highschool], but I really had no idea at all,” Schroer said. “Even when I got to college I didn’t really know. I wasn’t sure what I wanted to do with my life.”

Schroer went to the University of Missouri-Columbia, and when she first enrolled she only had a general idea of what career she wanted to pursue. With a major in journalism and an emphasis on design, Schroer decided that design was what she wanted to do. Schroer had her heart set on the Washington Post, and right after graduating in 2016, she headed for Washington D.C. and applied.

“[The Washington Post] was actually where I wanted to end up by the end of my career,” Schroer said. “So, I just put it all out there and reached out to the design director and applied for the job right out of college. I didn’t think it would actually happen but it all worked out.”

Schroer was accepted and began to work for the Washington Post’s newspaper, website and social media in February of 2017. At the Washington Post, Schroer works with writers, photographers, editors and other designers to work on the layout and display of stories on their site and paper. Schroer works mainly within sports and designs for sports reporters and athlete stories.

“I really like it, it’s always interesting working for the sports and news business,” Schroer said. “You can never predict it which I really like. It never gets boring.”

From a high school in Missouri to one of the staples in journalism history, Schroer still uses the skills she learned in FHN publications in her work today. Even though in high school she wasn’t sure what to do while it felt like her peers already had it all planned out, Schroer still found herself working a job doing something she enjoys.

“Dream big and don’t think anything’s out of reach,” Schroer said. “I applied for my dream job straight out of college and that might be scary to some people but you just have to go for it.”