Department Heads Worry about the Effects of the Budget Cuts 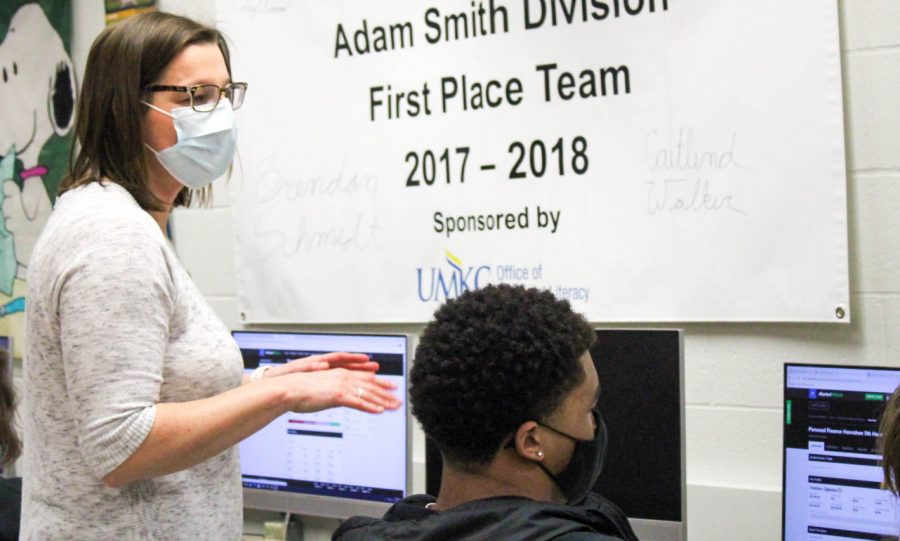 This upcoming school year, FHSD will be experiencing budget cuts that will affect FHN and various departments. For FHN departments, this could range anywhere from job cuts to cuts in materials and supplies. But a few years ago, the FHSD Board of Education was not in a position to make budget cuts.

“In the last three years (since she’s been on the school board), we have not passed a tax levy however we had given our teachers a raise the first year I was on the Board,” FHSD Board of Education Vice President Janet Stiglich said. “And the next year we gave them another raise of 1.5% knowing that our budget would be taking a hit due to the fact that we knew we were giving raises without a tax levy.”

Due to the blow the economy took because of COVID-19, the combination of a nonexistent tax levy and the money spent on raises, it left the district budget in tatters.

“After COVID hit, the economy kind of tanked and we lost a lot of our funding from the state,” Stiglich said. “We had already committed to these salaries and the bottom line was we had to have a balanced budget and we had to make cuts in order to make that happen.”

With these potential cuts looming over the upcoming school year, department heads are gearing up to face the worst.

“It’s hard to explain to the community why Francis Howell North is getting a brand new, state of the art high school and we might possibly not have the proper staff and classes will sit empty and that’s a very hard thing,” Business Department head Melissa Hanrahan said. “I also think that our Board of Education, if they knew this was happening, they could’ve come back to teachers and asked them to take a percentage cut.”

In fact, according to Spanish teacher Anelise Mossinghoff teachers were not consulted when the cuts were being decided. But for Hanrahan, the concern lies not only in the cuts being made, but in future class sizes. Too many students in a class can pose a problem for teachers as they will have a more difficult time focusing on each individual student. And of those departments often overlooked is the PE Department.

“If we’re going to be experiencing cuts, we’d lose at least part of a position,” PE Department head Kim Martin said. “Obviously, it’s huge anytime you lose any member of your department and for us if we do lose someone, that’s going to limit the options students have to take for electives in PE.”