The Budget Cuts Will Have Lasting Effects on the District 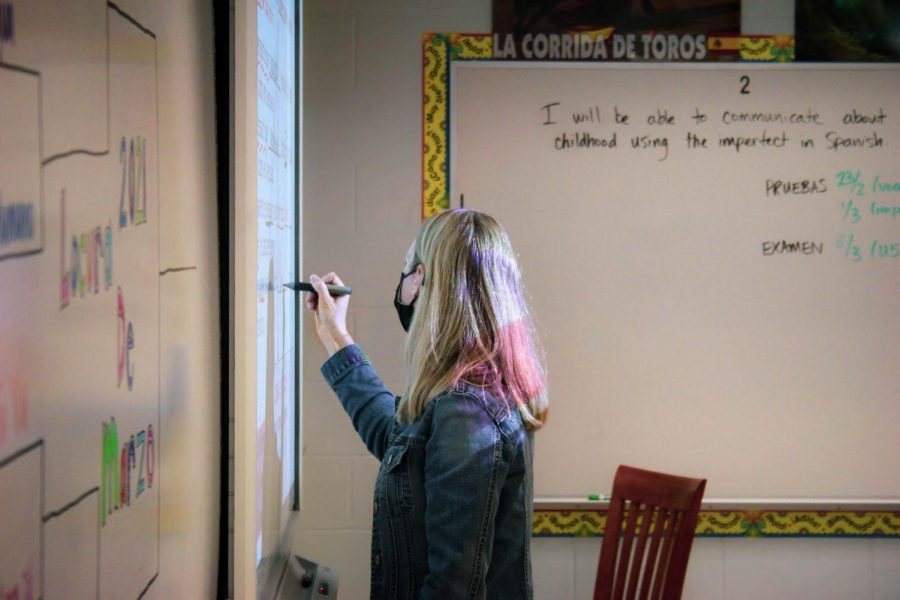 As the end of the school year draws closer, the prospect of budget cuts becomes more of a reality. Starting July 1, the effects of the cutting of teachers and budgets from various parts of the district will start to be felt. While the budget cuts are not nearly as bad as initially thought, the impact is not lessened and this leaves many wondering what the future of the district will look like. One of the biggest cuts the district made is the cut of roughly 52 certified teaching staff in the district.

“I don’t think any one of us walked in and said to them to start cutting teachers,” FHSD Board of Education Vice President Janet Stiglich said. “That didn’t happen. We asked our administrative team to start looking at ways that we could save the district some money.”

One perspective that can be looked at is that of a new teacher. When a new teacher is hired, they may be hired under a 1 year contract, meaning they only have a job for one year unless the contract is renewed. However as this year is nearing complete, so are many of the contracts of those in this position. Teachers like these are some of the first to be considered for cuts as opposed to older, more experienced teachers.

On March 1, Governor Mike Parsons released over $280 million of the revenue restrictions. This money is going to be used to help fund many different departments, including education throughout the state. Roughly $700,000 of this money will go towards funding of virtual schools and education programs. That being said, the money being released is not projected to have a large impact on the cuts within FHSD.

“I can tell you that the release of the funds by the Governor was welcome news,” FHSD’s Chief Operating Officer, Kevin Supple, said in a statement about the funding from the governor. “However, I built the budget based on full funding of the formula. The release of the funds means that we will come close to meeting our budget, but it is not a source of uncommitted funds that we could use. Also, the released funds are the state’s general revenue portion of the formula funding. Part of our formula funding comes from gaming proceeds (e.g., lottery) and that revenue source continues to underperform expectations. As such, even with the release of the general revenue funds, the formula may still not be fully funded this year.”

While the budget reduction means fewer teachers, it also means larger class sizes for next year. While the increase of class sizes is inevitable, the classes are not going to increase by nearly as much according to Head Principal Nathanael Hostetler. The class average now is 23.5 students and is set to be around 24.5 students after the cuts.

“It’s going to feel fuller,” Hostetler said. “But the classes are still capped. We’ve got sort of a soft cap at 28 [students] and a hard cap at 30 [students] and that hasn’t changed. So when Dr. Greer and I sit down and look at those numbers, if we have classes that are going over 30 then we will just add more sections and that redistributes it.”

While the cuts are going to affect class sizes, Stiglich and Lane both confirmed that no extracurriculars or activities directors will be cut as of now. These include people like sports coaches, club sponsors, and other extracurricular leaders.

The future doesn’t look nearly as grim as originally prospected. While the cuts are not as bad they will still have lasting impacts on the district. (Tayler Ross contributed to this story)