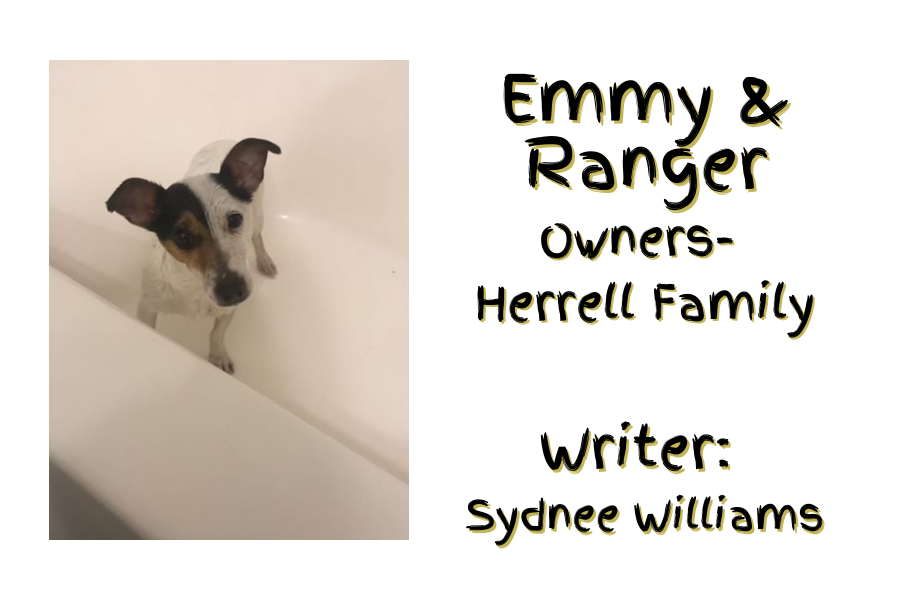 When Madelyn Herrell was around 10 years old, she and her family decided on getting a new puppy. The puppy was named Emmy. Emmy, now an 8-year-old Jack Russel they got from Herrell’s grandparents, has lived in the Herrells’ home for almost nine years.

“We always wanted a dog after moving here from Germany,” Madeyln said. “So, once we were out of our rental house that doesn’t allow dogs, we got Emmy from my grandparents.”

Ever since getting Emmy, Madeyln and her family had to make sure Emmy was taken care of.

“Madelyn is the care provider for Emmy,” Madelyn’s dad, Seth Herrell said. “She feeds, waters, bathes and takes care of her dog.”

Taking care of pets becomes a routine for many in their daily lives. After eight years of a routine with Emmy, the Herrell family decided they should add another member to their family.

“It was my brother’s idea for a puppy,” Madelyn said.“My grandparents breed heelers, so we also got Ranger from them.”

Ranger, an 8-month-old Red Heeler now, is full of energy, quite the opposite of 8-year-old Emmy’s energy level.

“Ranger has a lot of energy because he is still a puppy, while Emmy just naps all the time,” Madeyln said.

When introducing two very different aged dogs, it’s hard to know what the outcome will be. But once the initial introduction was in the past, Emmy and Ranger were able to get along — for the most part.

“Ranger constantly wants to play, and with Emmy being older, she likes to just relax,” Seth said. “So, there is fighting at times, but Ranger figures it out quickly to leave Emmy alone.”

“I am most responsible for all of the training for the dogs,” Kooper said. “Ranger has learned how to spin, speak and pray before he eats.”

While the dogs they have are fun and show off with their tricks, that’s not the only thing these dogs have provided to this family. After a loss in the Herrell’s family, they turned to the comfort of their furry friends in time of need.

“Emmy was always there for me when I didn’t want to talk to anyone else,” Madelyn said. “If I’m having a bad day, they [the dogs] always know how to cheer me up. Whether it’s playing around or whatever, they always find a way to put me in a better mood.”