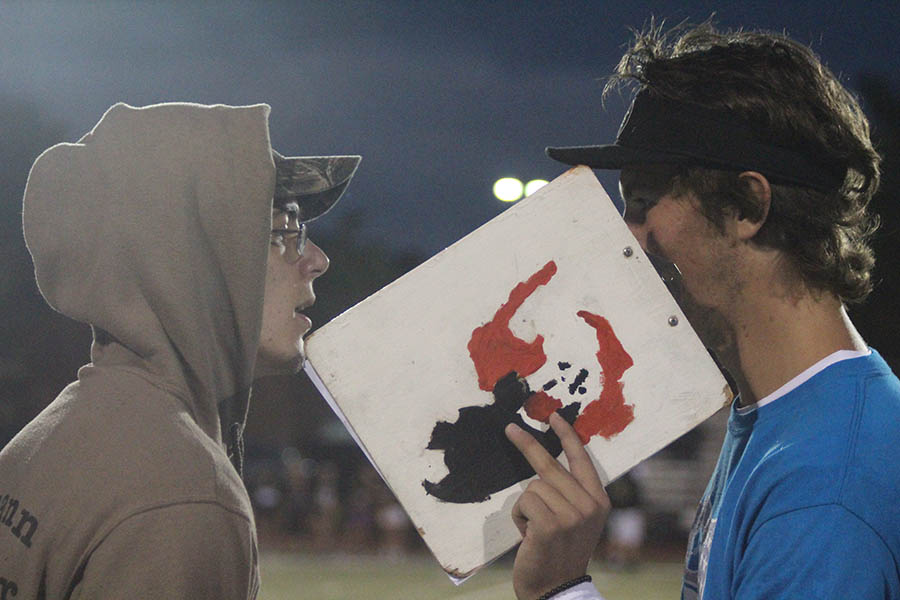 The annual tradition of the Powderpuff football game was continued this year with the senior class of 2017 facing off against the class of 2018. Each year Knights of Excellence, a club at FHN, hosts the game as a part of homecoming week. Most years the game takes place on Wednesday, but it was changed to Thursday, Sept. 29 this year.

During halftime the crowdpleasers preform a dance routine. The crowd pleasers are male cheerleaders that dress as girls for the game. They cheer and entertain the crowd while the girls play.

“The halftime show was really fun,” crowd pleaser Shyam Kannan said. “We got the whole field to ourselves. I couldn’t do a cartwheel, so I just rolled around on the ground.”

The coaches for the girls are mostly junior or senior football players, though any male upperclassmen are welcome to join. Underclassmen Coach Connor Gallagher was very pleased with the teams performance, despite the loss,

“Everyone was just having fun,” Gallagher said. “It was really exciting to score our first touchdown.”

“A lot of people didn’t show up to practice,” senior player Cassie Pierce said. “But we still managed to pull together.”

The seniors won the game 72-54, and were cheered for by their fellow seniors. They sang a rendition of the fight song, replacing the line “So that all the teams know that Howell North is the best” to “So all juniors know that the seniors are the best” and chanted “1-7! 1-7! 1-7!”. After the game, Pierce was excited about the win. “Allison scoring her two touchdowns was really awesome. The crowd got really amped up.”

Homecoming week continues with the assembly tomorrow morning and the homecoming game at 7 against the Trojans.

“My favorite part was slipping and eating turf because of the rain,” junior Maddie Oswald said.

To view the mobile version of the photo gallery, click here.