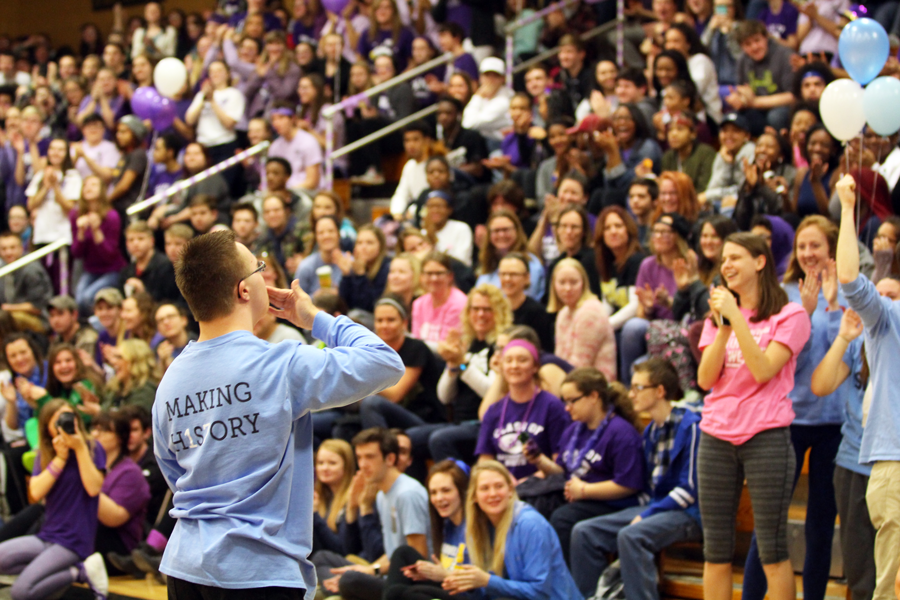 By Hannah Medlin and Alex Rowe

Editor’s note: Click here to view the mobile version of the gallery.

On Friday, Feb. 10, FHN students and staff gathered in the big gym for the Snowcoming pep assembly. After the National Anthem was sung by Knightsound, the parade of athletes began. The first game was then played, which was a balloon toss between the freshman and juniors, then sophomores and seniors. From there, the two winning teams, seniors and Juniors played each other. The juniors won. Next up were routines by JV Knightline, the both levels of cheer with varsity Knightline performing last.

After varsity cheer performed, the next game was played. This time, was the blindfolded scavenger hunt, two people from each class teamed up with one being blindfolded and the other telling the blindfolded person where to go. There were 2 rounds and the Seniors won the first and Sophomores won the next round.
Next , the Snowcoming courts were announced for each class. Two boys and two girls were announced for freshmen, sophomores, and juniors. Seniors had three boys and three girls announced. Following with the Spirit meter

Lastly, STUCO showed their annual slideshow where students can submit their photos to be showcased to the whole school.